Taiwan is complying with international sanctions against North Korea, a senior Taiwanese security official told the United States’ deputy representative for North Korea on Tuesday, having previously been accused of breaking the regulations.

Taiwan, claimed by China as its own, is not a member of the United Nations but says that as a responsible global player it is committed to ensuring sanctions are enforced to rein in North Korea’s nuclear and missile programmes.

In 2018, independent UN monitors told a UN Security Council sanctions committee in a confidential report that they had investigated cases of ship-to-ship transfers of petroleum products in violation of sanctions and that the network behind the vessels was primarily based in Taiwan.

Taiwan “will continue to closely cooperate with the United States, and carry out and implement actions to comply with international sanctions against North Korea”, Tsai said, according to the foreign ministry.

The teleconference where Tsai spoke was also attended by representatives of Taiwan’s anti-money laundering office, its justice ministry, ports authority and coastguard, the ministry added.

The call between Tsai and Wong is another sign of the stepped-up relationship between Taipei and Washington, who do not have formal diplomatic relations.

The Trump administration has made bolstering ties with democratic Taiwan a priority.

This has angered China and become another source of tension in its relations with the US. 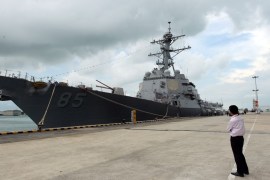 US sails warship near Taiwan ahead of presidential inauguration

Taiwan has accused China of intimidation, as the mainland and US stepped up manoeuvres in recent weeks. 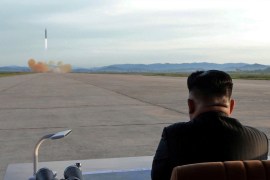 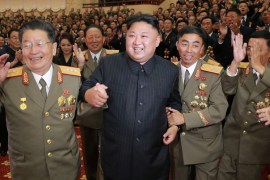 Pyongyang says latest sanctions will only increase “pace towards the ultimate completion of the state nuclear force”.