The Chinese city of Suifenhe entered a lockdown fuelled by an influx of infected travellers crossing the border from Russia in recent days.

The northeast region’s health commission reported 40 new cases on Wednesday, all returning Chinese nationals who crossed the border, according to local media reports.

In response, Suifenhe city, 1,600km (990 miles) away from Beijing, announced restrictions on the movement of citizens similar to the measures hard-hit Wuhan endured.

People must stay in their residential compounds and only one person per family may leave once every three days to buy necessities and must return the same day, state-run CCTV reported.

The government also announced the building of a 600-bed isolation hospital to treat those infected. 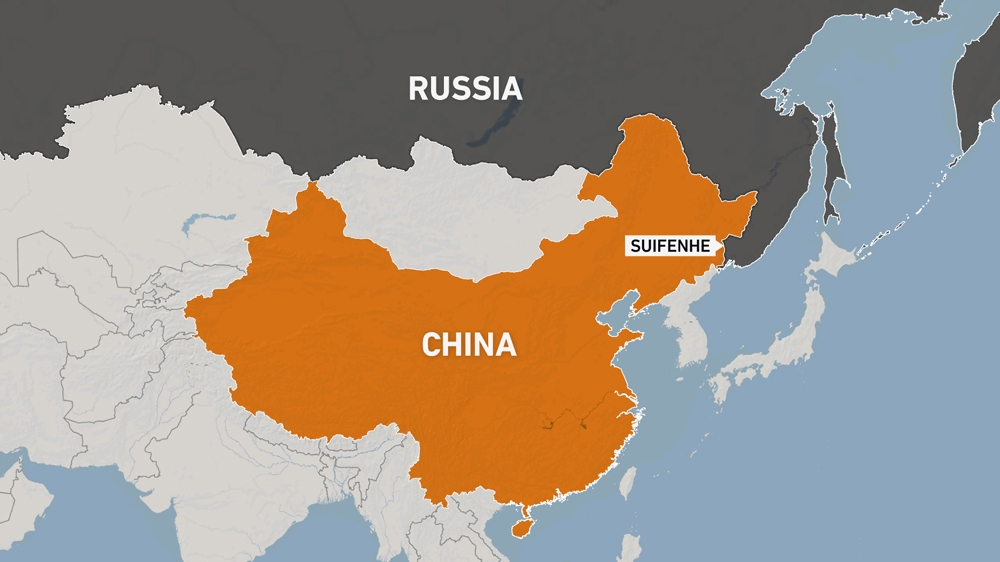 Meanwhile, in Wuhan, the Chinese city where the new coronavirus emerged, its more than two-month lockdown ended on Wednesday with life slowly returning to normal.

The city reported just three new confirmed infections over the past 21 days and only two in the past two weeks.

“While the whole country is celebrating the unlocking of Wuhan, few noticed that Heilongjiang is under enormous pressure dealing with infections coming over the border,” one person wrote on the Weibo social media platform.

Russia on Thursday reported a record one-day rise of 1,459 new cases of coronavirus, pushing its national case total to 10,131.

The number of coronavirus-related deaths rose by 13 to 76, according to the national coronavirus crisis response centre.

President Vladimir Putin announced an extension of a nationwide “non-working week” until April 30, and in a televised address he delegated power to the regional authorities to deal with the outbreak.

As of Thursday, there are some 1.5 million confirmed cases of coronavirus around the world. More than 88,500 people have died and at least 330,000 recovered.