A prominent Communist Party member, who indirectly referred to Chinese leader Xi Jinping as a “clown” for his handling of the coronavirus outbreak, is being investigated on suspicion of a “severe violation of discipline and law,” a joint government-party watchdog said.

Ren Zhiqiang is a former head of state-run real estate conglomerate Huayuan Group and a party member who has become known for speaking out on sensitive topics such as press censorship.

Ren’s friends said that he has been missing since mid-March, after publishing an online essay that criticised the leadership’s handling of the virus outbreak that originated in December in the central Chinese city of Wuhan.

A one-sentence notice issued on Tuesday by the party-government joint disciplinary watchdog body in Beijing’s western district said Ren was undergoing a “review and monitoring investigation”, but gave no details and did not mention Ren’s article or previous statements.

Ren’s article, since deleted by China’s censors, is an example of the various criticisms of Xi and the party’s handling of the emergency that have appeared online, the one space where Chinese can exercise a modicum of free speech, albeit under the close watch of party monitors.

The article Ren shared with people he knew in recent weeks took aim at a speech Xi made on February 23, which state media reported was teleconferenced to 170,000 party officials nationwide. Copies of his essay were later posted online by others.

In the essay, which does not mention Xi by name, Ren said after studying the speech he “saw not an emperor standing there exhibiting his ‘new clothes,’ but a clown stripped naked who insisted on continuing being emperor,” according to a version posted by China Digital Times, a US-based website.

He also said it revealed a “crisis of governance” within the party, and that a lack of free press and speech had prevented the outbreak from being tackled sooner, causing the situation to worsen.

Criticism has chiefly focused on allegations of early efforts to squelch news of the outbreak, the true numbers of those who got sick and died, and efforts by Xi and the party to portray themselves as riding to the rescue when no others could lead China out of the crisis.

Chinese police also reprimanded and threatened a group of medical workers who spread the word of the threat early in the outbreak, one of whom, a doctor, later died from COVID-19.

Ren, 69, had an early military career and his parents were both former high-ranking officials in the Communist Party, leading some to call him a princeling, an oft-used reference to the offspring of the founders of the People’s Republic – including Xi.

That status might have provided him with some immunity from prosecution, although he appears to have crossed a line by criticising Xi’s personal leadership, whether by name or implication.

Since taking over the helm of the party in 2012, Xi has shown himself intolerant of criticism and has cracked down heavily on free media and civil society, jailing scores of journalists, lawyers and non-governmental activists.

The controversy over Ren’s disappearance and investigation comes as censorship over how local media and online users discuss the epidemic has tightened in recent weeks.

Ren, who gained the nickname “Cannon Ren” for previous critiques posted on social media, was put on probation from the party for a year in 2016 as part of a punishment for publicly criticising government policy.

That year, the government ordered platforms such as the Twitter-like Weibo to shut down Ren’s social media accounts, which at the time had more than 30 million online followers, saying he had been “spreading illegal information”.

Beijing has framed the battle against coronavirus as a “People’s War” led by Xi.

While the draconian measures to fight the virus, including the lockdown of the city of Wuhan, have proven effective at containing it even as the disease spreads rapidly in other countries, China has faced criticism for suppressing information in the outbreak’s early days. 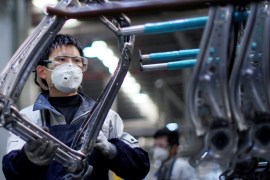 Beijing says comments by US politicians are ‘shameless and morally repulsive’ after scepticism over virus figures. 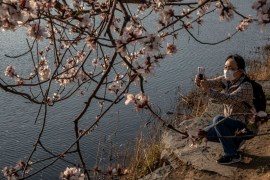 At first Kelly Dawson thought she would be safer in her native United States, but now she is glad she is in Beijing. 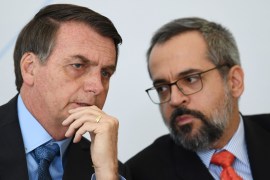