As the number of cases of COVID-19 worldwide exceeds one million, the 22 island nations and territories scattered across the Pacific Ocean have so far managed to escape the worst of the outbreak, with 119 cases identified across the region as of April 1.

But Pacific Island governments are acutely aware of the potential for catastrophe in closely-knit communities and densely-populated urban centres, should an outbreak take hold, and the lack of capacity of their under-resourced health services to cope.

“We are having to work from an already disadvantaged position compared to most countries … The major concern for most of us is that we don’t and will not have the capacity to deal with an outbreak of the magnitudes that we are witnessing globally, which will have the potential to cripple our struggling health system and country as a whole,” Dr Lynda Sirigoi, a physician in Papua New Guinea’s capital, Port Moresby, and president of the PNG Women Doctors Association, told Al Jazeera.

The geographic isolation of many island states, such as Kiribati, Tuvalu and the Solomon Islands, has created a natural barrier to the disease’s transmission.

And the swift decisions of some countries to impose a strict lockdown soon after the coronavirus was first reported in the Chinese city of Wuhan in December last year are now being seen as far-sighted rather than an overreaction.

By January, Papua New Guinea (PNG) had banned all incoming flights and visitors from Asia, shut its western land border with Indonesia, ceased issuing visas and implemented compulsory thermal health screenings for all travellers. This was well ahead of coronavirus being declared a pandemic by the World Health Organization on March 11. To date, the country has only recorded one case – in a visiting Australian mine employee.

“Once more widespread testing is possible in countries, we will know for sure whether these measures work, but anecdotally, it seems to be working as we have not seen any confirmed patients for many of the Pacific Island countries, especially those which closed their borders earlier,” he commented.

A total ban or major restrictions on international flights have been imposed by most Pacific Island nations, including Fiji and the Federated States of Micronesia (FSM), and cruise ships have been turned away from popular destinations, such as the Cook Islands and Vanuatu.

Almost all COVID-19 cases in the region have been linked with international visitors or returning residents.

The French territories of New Caledonia and French Polynesia, and the United States-affiliated territories, such as Guam, have reported the most cases so far. Guam has 58 cases and two fatalities, while French Polynesia has 37. No cases have yet been reported in Vanuatu, the Solomon Islands, Tonga, the Cook Islands, Kiribati, Tuvalu, Niue, Nauru, Samoa, Palau or the FSM.

A number of nations have announced a state of emergency and have controlled internal movements. Fiji has stopped all passenger services from main population centres to outer islands in order to prevent the virus from spreading. PNG has terminated all domestic flights and banned people travelling between its 22 provinces. But in the Solomon Islands, residents are leaving the capital, Honiara.

Josephine Teakeni, the president of a local civil society organisation, Vois Blong Mere, in Honiara, told Al Jazeera: “What we are experiencing is an exodus of people who are leaving Honiara to return to their villages in the provinces. In Honiara, the greatest risk is that it is an entry point to our country of people who might have the virus … The government has announced that if people have nothing to do in Honiara, they should go back to the provinces.” The Solomon Islands is an archipelago of more than 900 islands east of Australia.

Many fear the virus will spread rapidly through the island nations’ towns and cities, such as Port Moresby and Honiara, where up to 40 percent of people live in densely-populated and unplanned informal settlements with poor water and sanitation.  Social distancing is immensely challenging, not only because of people’s living environments, but for cultural reasons.

“We are very communal people who enjoy large gatherings with family and relatives and this notion of social distancing is very difficult … Furthermore, a lot of families live together under the same roof with overcrowding, so this already poses huge risks,” Sirigoi added.

If the virus were to start spreading within the community, the consequences could be devastating.

Coronavirus attacks the lungs and respiratory system and is more dangerous to those with underlying health conditions, and Pacific Islanders already suffer some of the highest rates of noncommunicable diseases (NCDs) such as diabetes and heart conditions in the world. In Fiji alone, NCDs account for 84 percent of all deaths.

Tuberculosis (TB) is also a burden. In PNG, the TB incidence rate is 432 per 100,000 people, much higher than the global average of 130 per 100,000 people. Sirigoi said that a COVID-19 outbreak “would have the potential to put a huge dent in the control of TB and most likely result in a higher mortality.”

The incidence of such diseases has already stretched under-resourced national health services with insufficient staff and poor infrastructure in rural areas.  The likelihood of them being overwhelmed with additional disease emergencies was demonstrated last year when a measles epidemic spread in November from New Zealand to Samoa and other Pacific Island states, affecting thousands.

According to Vivili, the main needs of the region ahead of any escalation of COVID-19 are laboratory testing facilities, personal protective equipment for health workers and more intensive care facilities. Some Pacific Island countries have less than five intensive care unit beds, he said.

The World Health Organization is currently working with Pacific Island governments and humanitarian and development partners, including Australia, New Zealand, and United Nations agencies, to provide the region with critical medical supplies, expertise and health training.

The impact has already been felt in the Pacific Islands’ economies.

Without visitors, the tourism industry will see a major downturn. Businesses, supply chains, retail and transport services are already disrupted, local food markets have closed and reduced trade will mean lower revenues for the  government.

In Honiara, “many people have lost their jobs, [and] businesses have closed for the time being. Many people rely on work in the markets, but they have been cleared,” said Teakeni. “Many families now don’t have the money to buy food and other essentials. It is definitely affecting their lives terribly.” 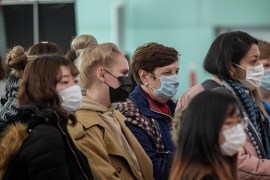 The Reserve Bank of Australia pumped $3.6bn into markets and New Zealand’s central bank cut rates after US move. 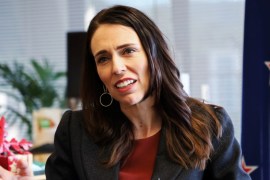 New Zealand says it can manage economic effects of coronavirus 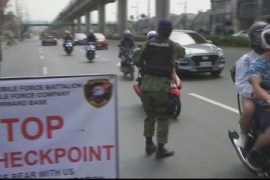 Action came as a number of countries have seen a jump in new cases – including Malaysia – which reported 190 new infections.