As the world battles the COVID-19 pandemic by focusing on restricting movement, Uzbekistan is stepping up measures to stem panic.

According to new legislative amendments, managing or storing materials with the aim of creating panic among the population is now punishable with a fine of up to 89,200,000 UZS (more than $9,200) or three years’ imprisonment.

Those who share hoarded materials face a prison sentence of up to five years.

Disseminating false information about the coronavirus carries a possible punishment of two years of correctional labour, while publishing “fake news” in the media risks up to three years in jail.

The financial repercussions are high, given that the minimum wage in Uzbekistan is $60 per month.

A person who violates the quarantine rules may be sentenced to a prison term of up to 10 years and people appearing in public without masks face fines of up to 1.1 million UZS, almost double the minimum wage.

According to Khudoyor Meliyev, the deputy justice minister, people diagnosed with COVID-19 who have been placed in quarantine wards will have to temporarily give away their mobile phones and other equipment as well as bank cards, as such items could carry the virus.

Since President Shavkat Mirziyoyev came to power in December 2016, the formerly authoritarian country has been on the path to liberal reform.

Freedom of speech has been one of the areas in which the country has made significant progress.

Formerly banned news sites and social media platforms were unblocked and citizens have been enjoying a long-awaited space to criticise the government and voice their concerns.

But with the new anti-panic rules, critics fear Uzbekistan is seeking to curtail civil liberties.

Regarding the rule on handing over phones and bank cards, some worry the aim is to prevent information and photographs of conditions in quarantine facilities from being leaked.

“One of the very first people who returned from China filmed the conditions in the quarantine wards [in Uzbekistan] and it was a disaster. So the authorities don’t want the truth to be leaked to the media,” said Timur Karpov, a local photographer and activist.

“They don’t know how to react to the crisis so they are using the methods they are familiar with, and these are authoritarian.

“It seems that the authorities are afraid of losing control, so they’re doing their best to gain it back. That’s why they’re implementing all the restrictions. What is important for me is how long these restrictions will last for when the pandemic is over. Because you can easily introduce such measures, but it is not so easy to take them back.”

Tashkent has been in lockdown since March 24.

Gatherings of more than three people are banned, most businesses have been ordered to work from home, including the ministries, and only vehicles with special permission are allowed to move around the city. Construction sites across the capital, which is undergoing a full-scale upgrade, are still operating.

All of Uzbekistan’s other provinces are under coronavirus-related lockdowns involving restrictions on movement and gathering.

The ombudsman for human rights did not respond to Al Jazeera’s request for comment.

As some critics feared the loss of civil liberties, other activists and journalists told Al Jazeera that the government’s measures were indispensable.

“Implementing strict control over the situation is the best scenario in our realities because the majority of the population, even in Tashkent, do not take the pandemic seriously and ignore all recommendations,” said a local lawyer, under condition of anonymity.

“If the government ends the harsh measures after the pandemic is over, I would praise it for a smart crisis response.”

A local journalist who did not want to be named said: “The state is explaining what the epidemic is in a civilised way to people who are experiencing it for the first time, the deployed police forces are not violating civil rights and remind people of the importance of quarantine. Officials are responding openly to ordinary people’s questions during live TV briefings every day and official sources are bringing news about the coronavirus to people literally every minute.

“The coronavirus epidemic has been a challenge to the government, testing its openness, and I would give the Mirziyoyev’s government eight points out of ten. It is almost impossible to imagine such openness in Uzbekistan four years ago.” 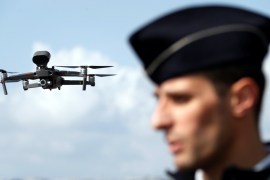 The outbreak necessitates heavy government involvement in our lives but this does not mean an overreach is justified. 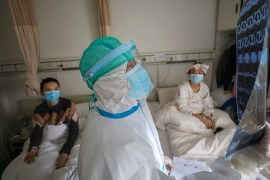 How the coronavirus has deepened human rights abuses in China

Rights groups concerned about arbitrary detention, crackdown on freedom of speech and lack of access to information.