Sweden’s ambassador to the United States has said the capital of the Nordic country could reach herd immunity by May – a result of a controversial response to the coronavirus pandemic involving few public restrictions.

“About 30 percent of people in Stockholm have reached a level of immunity,” Karin Ulrika Olofsdotter told National Public Radio (NPR).

To date, close to three million people have been infected by the new coronavirus, which has caused more than 206,000 deaths worldwide.

“We could reach herd immunity in the capital as early as next month,” Olofsdotter said in the interview published on Saturday.

So-called herd immunity occurs when a large enough percentage of a population becomes immune to a virus, either through infection or vaccination, thus preventing further spread throughout the group.

While that percentage changes based on the pathogen, the United Kingdom’s chief scientific adviser has said models indicate about 60 percent of a given community would need to be immune to reach herd immunity for the new coronavirus, SARS-CoV-2.

However, questions remain how immune a recently recovered coronavirus patient actually is, and how long that immunity lasts. The World Health Organization (WHO) has warned against governments issuing so-called “immunity passports” to those who have recovered from the disease caused by the coronavirus, COVID-19, in light of the unsettled science.

South Korea reported recently 222 patients of COVID-19 have again tested positive after being told they were clear of the virus. Authorities there are working to determine if the tests failed to recognise the virus was still present in those patients, or if the individuals were indeed reinfected.

In the interview with the NPR, Olofsdotter agreed that more research and testing are needed to answer the questions surrounding immunity, adding the Swedish government is ready to change its strategy should the situation require it. There are currently no plans to switch course, she said.

While countries throughout Europe, including neighbours Denmark and Norway, have imposed strict lockdowns that have largely disrupted normal life, Sweden has been far more hands-off in its response to the pandemic.

Schools, restaurants and malls have remained open, while the government has issued social distancing guidelines, banned gatherings of more than 50 people, moved most high school and university teaching online and advised residents not to take unnecessary trips.

The government has also warned that restrictions would increase if residents did not follow social distancing, and said it would shut restaurants and bars not following the guidelines.

But critics have said the policy is causing unneeded deaths. More than 18,600 people have been infected in the country of about 10 million, and nearly 2,200 have died.

In March, 2,300 academics signed an open letter to the government of Sweden, calling for tougher measures to protect the healthcare system.

Olofsdotter, in the NPR interview, said Sweden’s approach best suited the needs of the country, adding it would eventually help Sweden’s economy recover faster than others once the pandemic is under control.

“We share the same goal as all other countries, and that is of course to save as many lives as possible and protect public health,” she said. “So we face the same reality as everyone else. But what’s different, and I think it’s important to underline that all countries are different, is that politicians take the measures that they think works best for their country and their general public.” 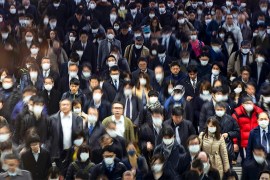 A doctor explains what herd immunity is, how it works and whether it could help in the fight against COVID-19. 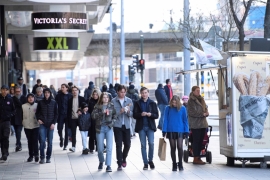 Coronavirus, herd immunity and the eugenics of the market

There is a clear element of eugenics in the proposals to pursue herd immunity as a strategy against the pandemic.