Stateless Rohingya refugees who have fled Myanmar by boat face a “dire, and in many cases fatal  predicament” at sea, and countries in the region should allow them to disembark on humanitarian grounds despite the coronavirus health crisis, the United Nations refugee agency has said.

Indrika Ratwatte, director of the UNHCR Asia-Pacific region, said on Thursday the international body is “increasingly concerned” by reports of hundreds of Rohingya refugees on board fishing boats being refused entry to countries despite the dangerous conditions on the smugglers’ ships.

“We are increasingly concerned by reports of failure to disembark vessels in distress and of the grave immediate risk this poses to the men, women and children on board,” Ratwatte said.

“Search and rescue, along with prompt disembarkation, are life-saving acts.”

In recent days, it has been reported that a Malaysian surveillance aircraft prevented a boat, carrying about 200 Rohingya refugees, from entering Malaysian waters, forcing the boat back into waters off southern Thailand.

The Malaysian air force said it feared that the group of refugees might bring the coronavirus into the country.

The statement added that the crew of a Malaysian navy vessel “distributed food to the foreigners before escorting their boat out of the country’s waters”.

A day before the April 17 incident, the Bangladesh coastguard reported that at least 24 Rohingya died at sea after their boat failed to reach Malaysia. Almost 400 others survived on board the vessel which, had been adrift in the Andaman Sea for weeks.

Thailand, which shares a border with Myanmar, has a stricter policy towards Rohingya refugees. Those who make it to the Thai shores are subjected to indefinite detention. Bangkok has also refused to allow the UNHCR to conduct refugee status determination for Rohingya – forcing many to attempt to reach Malaysia.

Ratwatte, of the UNHCR, said countries in the region should not allow a repeat of the 2015 Rohingya refugee crisis, during which thousands were stuck at sea trying to escape Myanmar.

“We must not return to such life-threatening uncertainty today,” Ratwatte said.

While acknowledging the dangers brought about by the coronavirus pandemic, Ratwatte added that measures to help contain the virus “should not result in the closure of avenues to asylum, or of forcing people to return to situations of danger”.

Amid an unprecedented health emergency, rescue at sea and allowing the persecuted to seek asylum “are fundamental tenets of customary international law, by which all states are bound”, he said.

Chris Lewa, of the Arakan Project, which monitors the Rohingya situation, was also quoted recently as saying that the COVID-19 pandemic is “not an acceptable reason” for countries to refuse entry to refugees.

He said the duty of the navy of neighbouring countries of Myanmar is “to rescue people at sea, not to push them out and put their life at risk even more”.

In a statement, Amnesty International said: “Both Thailand and Malaysia are aware that people’s lives are in danger. Refusing to help the people on these boats would not be wilfully blind – it would be consciously making their plight even worse.” 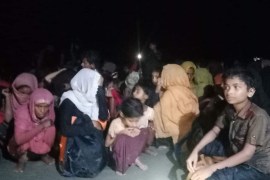 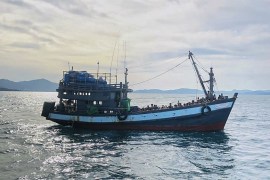 The Rohingya were detained after they were found on a wooden boat off the northwestern resort island. 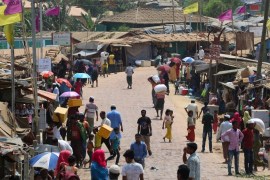