If Dr Anthony Fauci says it, Americans would be smart to listen. As the coronavirus has upended daily life across the globe, Fauci, the US director of the National Institute of Allergy and Infectious Diseases, has become the trusted voice in the United States in separating fact and fiction.

The fear and confusion of outbreaks are not new to Fauci, who, in more than 30 years has handled HIV, SARS, MERS, Ebola and even the nation’s 2001 experience with bioterrorism – the anthrax attacks.

Fauci’s political bosses – from Ronald Reagan to Donald Trump – have let him do the explaining because he is frank and understandable, translating complex medical information into everyday language while neither exaggerating nor downplaying.

At 79, the government’s top infectious disease expert is by age in the demographic group at high-risk for contracting COVID-19. But he is working round the clock and getting only a few hours of sleep. He is a little hoarse from all the talking about coronavirus, and he is spending hours speaking to news and entertainment personalities on television and the internet. 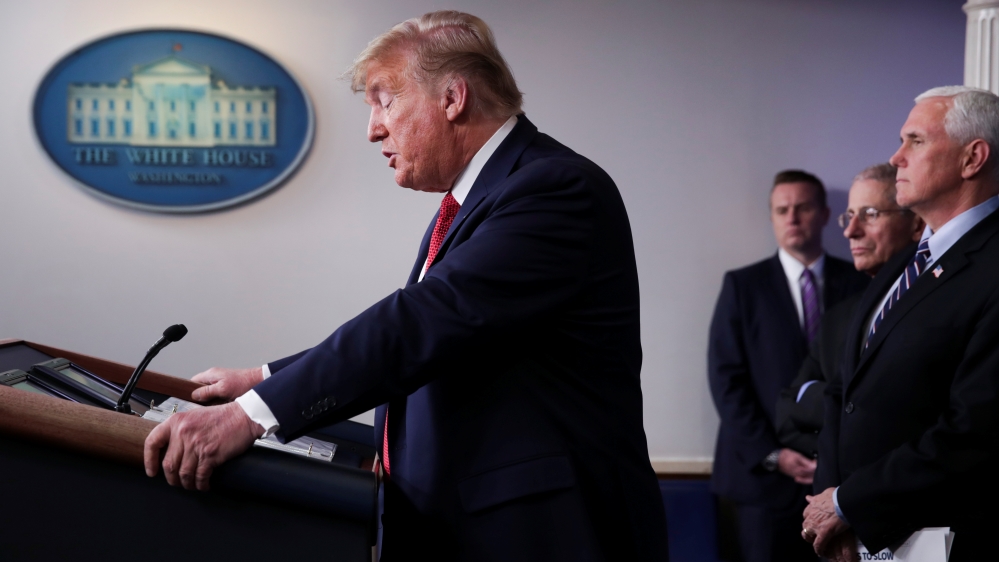 Yet, his vigour belies his age, and he credits it to exercise, including running.

Fauci became the Trump administration’s go-to representative because US citizens trust him, according to polls. The top scientist has bluntly said that the coronavirus pandemic will get worse in the US and criticised the federal government on certain aspects of its response.

Fauci was born in Brooklyn, New York, on Christmas Eve, 1940, into an Italian-American family. President George W Bush, who, in 2008, awarded Fauci the Presidential Medal of Freedom, noted that even as a boy he showed an independent streak: In a neighbourhood full of Brooklyn Dodgers fans, Fauci rooted for the Yankees.

After hours, he would chat with then-Surgeon General C Everett Koop about what scientists were learning about AIDS, influencing Koop’s famous 1986 report educating Americans about the disease.

In 1990, when AIDS activists swarmed the NIH to protest what they saw as government indifference, Fauci brought them to the table. Fast forward, and he helped to shape Trump’s initiative to end HIV in the US.

Although he’s spent his career in government, Fauci does not seem to have lost the human touch – and that may be part of the key to his success as a communicator.

During the 2014 Ebola outbreak, many Americans panicked when a US nurse was infected by a patient she was caring for, a traveller from West Africa. Ebola can cause deadly bleeding.

Fauci confronted those fears by setting a personal example. When the NIH hospital released that nurse, not only did he say she was not contagious, he gave her a hug before TV cameras to prove he was not worried.

Fast-forward six years, and Fauci is again at the forefront of scientists’ efforts to dispel misinformation and explain the coronavirus pandemic, even when it means being at odds with the president.

He has simultaneously advocated containment to try to keep the virus from spreading, mitigation to check its damage once it gets loose in a community, immediate efforts to increase testing, and short-term and long-term science to develop treatments and vaccines. He is hoping a dynamic response will put the nation where the puck ends up going.

“It’s unpredictable,” he said. “Testing now is not going to tell you how many cases you’re going to have. What will tell you … will be how you respond to it with containment and mitigation.”

Fauci told CNN that the pandemic could ultimately kill between 100,000 and 200,000 people in the US should mitigation be unsuccessful. Those projections have since been lowered to under 100,000.

Serving a president who initially dismissed coronavirus by comparing it to seasonal flu, Fauci has been even-handed in public. He has won the respect of Democratic and Republican legislators, along with Trump administration officials.

Almost in a matter-of-fact fashion, Fauci acknowledged to Congress earlier this month that the government system was not designed for mass testing of potential infections. “It is a failing, let’s admit it,” he told legislators.

When asked about Trump’s comments on an anti-malaria drug that he said could be a “game-changer” in the race to find a coronavirus treatment, Fauci, standing next to the president, said there was not scientific data to support the use of the drug.

“The answer is, ‘no’,”‘ Fauci told a reporter when asked if he found the drug promising.

“The evidence you’re talking about … is anecdotal evidence,” he added.

“I served six presidents and I have never done anything other than tell the exact scientific evidence and made policy recommendations based on the science and the evidence,” he had previously told a House committee earlier this month.

Fauci’s candour has not stopped Trump from praising him. “Tony has been doing a tremendous job working long, long hours,” earlier this month, as rumours swirled that there was a division between Fauci and the White House.

But Trump raised concerns about a possible Fauci dismissal on April 12 after the doctor said in a CNN interview that hat earlier social distancing and stay-at-home orders from the administration “could have saved more lives”.

Trump retweeted a call to fire Fauci after he made the comments.

The White House later dismissed speculation that Trump was considering removing Fauci from his post.

For Fauci’s part, he has said he that while the pair disagree on some things, there is no division.

“The president has listened to what I have said and what the other people on the taskforce have said. When I have made recommendations he has taken them,” Fauci told the Morning on the Mall podcast last week.

“The idea of just pitting one against the other is just not helpful,” he added. “We have a much bigger problem here than trying to point out differences.”