At the stroke of midnight on April 8, the skies above China’s Wuhan brightened as towers along both sides of the Yangtze River lit up in tribute to the health workers who helped the city curb a deadly outbreak of the new coronavirus.

Cheers of “My Wuhan is back” and “Wuhan, let’s go” rang out on the embankments as bridges and highways opened up for the first time in 76 days, allowing people to leave the industrial hub and epicentre of China’s coronavirus epidemic.

Beijing had sealed off Wuhan on January 23, confining 11 million people to their homes in an unprecedented bid to contain the virus, officially known as SARS-CoV-2, and first detected among workers at a seafood market in the city.

At the time, many saw the quarantine as an extreme and draconian measure. But as the virus spread across the globe, overwhelming healthcare systems in some of the world’s most developed nations, other governments also followed suit, imposing extraordinary curbs on movement and social contact.

Now Wuhan’s reopening is offering hope to billions of people chafing under lockdowns, wondering when life will return to a semblance of normality.

Officials and experts are urging caution, however.

“China has brought the situation under control. But that may be just for now,” said Yanzhong Huang, senior fellow for global health at the US-based Council on Foreign Relations. “There is a real risk of resurgence of cases. For two reasons – the prevalence of asymptomatic people who might spread the disease without knowing they are sick, and the threat from imported cases.”

Scientists and decision-makers in China do not know “the size of asymptomatic carriers and to what extent they pose a danger,” he said, while “imported cases are also a concern given that most people in China have not been exposed to the virus and therefore, are yet to build immunity to it.”

With a vaccine at least a year away, the world faces an “uphill battle”, said Huang, explaining that any one country or region’s success in containing the disease was shaky so long as the virus continued to sicken people elsewhere.

Indeed, despite reopening Wuhan, China – which has about 82,000 cases and 3,000 deaths – is keeping its borders closed amid fears imported cases could fuel a new local outbreak.

“You cannot claim the pandemic is over until all countries can say they are virus-free,” said Huang.

In addition to the threat from asymptomatic and imported cases, experts also worry the autumn and winter months might result in a new surge in infections, as SARS-CoV-2 is believed to survive and transmit better in colder weather.

John M Barry, historian who studied the 1918 Influenza pandemic which killed as many as 100 million people, said he expected “to see several waves [of SARS-CoV-2 infections] extending for a year or more, each one with a flatter peak and easier to handle”.

The 1918 pandemic saw three waves, he said. “A mild first wave in the spring, a very lethal second wave which ran roughly from September to December, and a third wave” in the winter and spring of 1919, he said, explaining that the pathogen mutated and became more virulent in the second one.

“Fortunately there is no evidence, no hint anywhere, that [SARS-CoV-2] will be any more dangerous than it is now,” he said.

All of this portends a long period of intermittent lockdowns for the world, with governments expected to tighten and ease controls as infections surge and fall, experts said. Restrictions on international travel may also last until a vaccine is found or enough of the world’s population develop immunity through infection, a concept known as herd immunity.

Scientists at the Imperial College in London, UK, say the severity of a second wave of coronavirus infections may depend on how many people were exposed to it in the first outbreak. The more successful countries or cities are at containing the virus, “the larger the later epidemic is predicted to be in the absence of vaccination, due to lesser build-up of herd immunity”, they said in a study published last month.

A successful fall in cases “may allow [social distancing] interventions to be relaxed temporarily in relative short-time windows, but measures will need to be reintroduced if or when case numbers rebound,” they added.

These findings are substantiated, in part, by the experience of countries and cities across Asia, which seemed to have the epidemic under control early on, only to impose stricter measures amid a surge in infections tied to travellers arriving from hotspots elsewhere, most notably in Europe.

Singapore, one of the first countries outside China to report a coronavirus case, initially managed to control its outbreak without resorting to lockdown measures. The city-state banned all short term visitors and imposed a strict surveillance and quarantine regime to keep infections in check. But last week, it closed schools and workplaces as the number of cases surged above 1,000 – many of them linked to migrant workers.

In nearby Hong Kong, authorities tightened border controls with mainland China and told civil servants to work from home soon after detecting its first case in late January. When the outbreak subsided a month later, workers returned to their offices. But in late March, they were told to go back home amid a spike in infections linked to overseas travellers. In recent days, the territory has banned public gatherings of more than four people, closed its airport to foreign arrivals and shuttered some bars and restaurants.

Meanwhile, Japan, which now has nearly 5,000 cases, declared a state of emergency on Tuesday as the government sought to obtain more powers to press people to stay home and businesses to close. It also banned travellers from more than 70 countries, including China, United States and several European nations.

With the virus now having reached 184 countries and territories, experts said it could take months for countries to reopen their borders.

“I anticipate there will be significant disruption to international travel for at least the next three months, and likely even longer if countries are unable to sufficiently stamp out community transmission,” said Teo Yik Ying, dean of the Saw Swee Hock School of Public Health at the National University of Singapore.

“While there are encouraging signs emerging from some of the worst-hit countries in Europe, the reality is there are countries in South and Southeast Asia, Africa, and also Latin America that are starting to see community transmission. This means, any attempt to relax border restrictions can result in importations that go on to seed the second wave of community transmission. As such, countries will naturally exercise caution before they allow trans-national travel.”

Dr John Nicholls, a scientist at the University of Hong Kong who is studying the effects of temperature on SARS-CoV-2, agreed.

“So don’t expect international travel for next few months, or even longer,” he said. 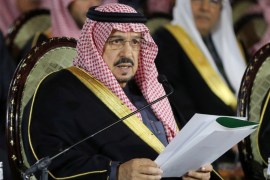 At least one high-ranking royal, as well as dozens of lower-level officials, have COVID-19, The New York Times reports. 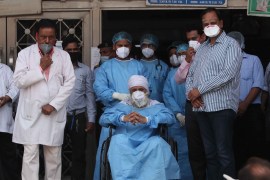 Indian leader faces backlash for creating a new relief fund when about $500m is lying unspent in an old one.