A Japanese destroyer collided with a Chinese fishing boat in the East China Sea on Monday night but no one was injured or missing, Japan’s Defence Ministry said.

The collision caused a hole in the destroyer Shimakaze above its waterline, but it was still able to move on its own, the ministry added.

In a social media post on Tuesday, Defence Minister Taro Kono said the incident occurred about 650 kilometres (400 miles) west of the Japanese island of Yakushima.

“No personnel were injured and no one from the Chinese fishing boat was missing. We are checking details,” Kono wrote.

The cause of the collision and other details including the ships’ movements before the accident are under investigation, the ministry said.

The site of the accident off Yakushima Island, is far to the north of an area disputed between the two countries, it said.

Japan and China have disputes over Japanese controlled-islands that China also claims.

The uninhabited islets are called Senkaku in Japanese and Diaoyu in Chinese.

In recent months, Japan has bolstered its defence of the disputed islets with the establishment of a special police unit armed with automatic weapons.

The police, based on the southern island of Okinawa, are to be deployed to the disputed islands in the event of an “illegal landing by an armed group,” public broadcaster NHK reported previously.

Japan’s military and coastguard have boosted their positions around the disputed islands but it is the first time that the police have set up a unit in the region to help defend the territory. 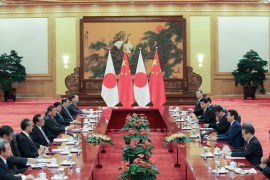 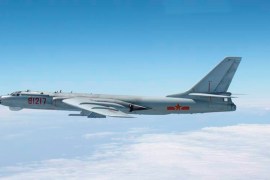 Japan and South Korea say Chinese military planes flew over East China Sea and the Sea of Japan for hours on Monday. 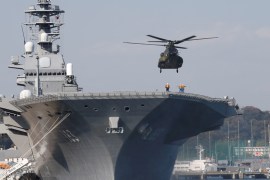