A landmark deal between the United States and Taliban aimed at ending the US’s longest war may already be facing obstacles as Afghan President Ashraf Ghani announced that his government had not agreed to a clause set out in the deal.

Ghani objected to arrangements within the deal that would see the Afghan government release 5,000 Taliban prisoners as a condition for direct talks between the armed group and the government.

“The government of Afghanistan has made no commitment to free 5,000 Taliban prisoners,” President Ghani told reporters in Kabul on Sunday, a day after the accord was signed in Qatar’s capital, Doha.

After 18 months of negotiations and nearly 20 years of war, the US and the Taliban signed an agreement set to pave the way for the withdrawal of all US and NATO troops from Afghanistan and a commitment by the Taliban that Afghan territory will not be used to launch attacks on other countries.

There are high hopes that the agreement will be followed by intra-Afghan talks between all major stakeholders and aiming to chart a course for peace in the country.

The Taliban had long refused to sit down with the Afghan government, calling it a “puppet regime”.

The four-part agreement sets March 10 as the date for an intra-Afghan dialogue with Ghani’s government as well as a prisoner-swap which would see the government release 5,000 Taliban prisoners and the Taliban release 1,000 captives.

However, Ghani said: “It is not in the authority of the United States to decide, they are only a facilitator”.

Al Jazeera’s Hoda Abdel-Hamid, reporting from Kabul, said: “What we are seeing now are actually all the problems that were existing before coming to the surface again today.”

“Everybody would agree, ironically, on the fact that the deal between the Taliban and the US – as difficult as it might have been – has probably been the easiest part in trying to bring peace to this country.”

While the prisoner swap could turn into a stumbling block for peace to return to the war-torn country, Ghani also said that a seven-day “reduction in violence” (RIV) would continue, possibly until a full ceasefire can be negotiated.

The RIV, which saw a drop in violence and casualties across the country, had been a condition for the signing of the US-Taliban deal.

The Taliban now controls or hold influence over more Afghan territory than at any point since 2001 and has carried out near-daily attacks against military outposts throughout the country. 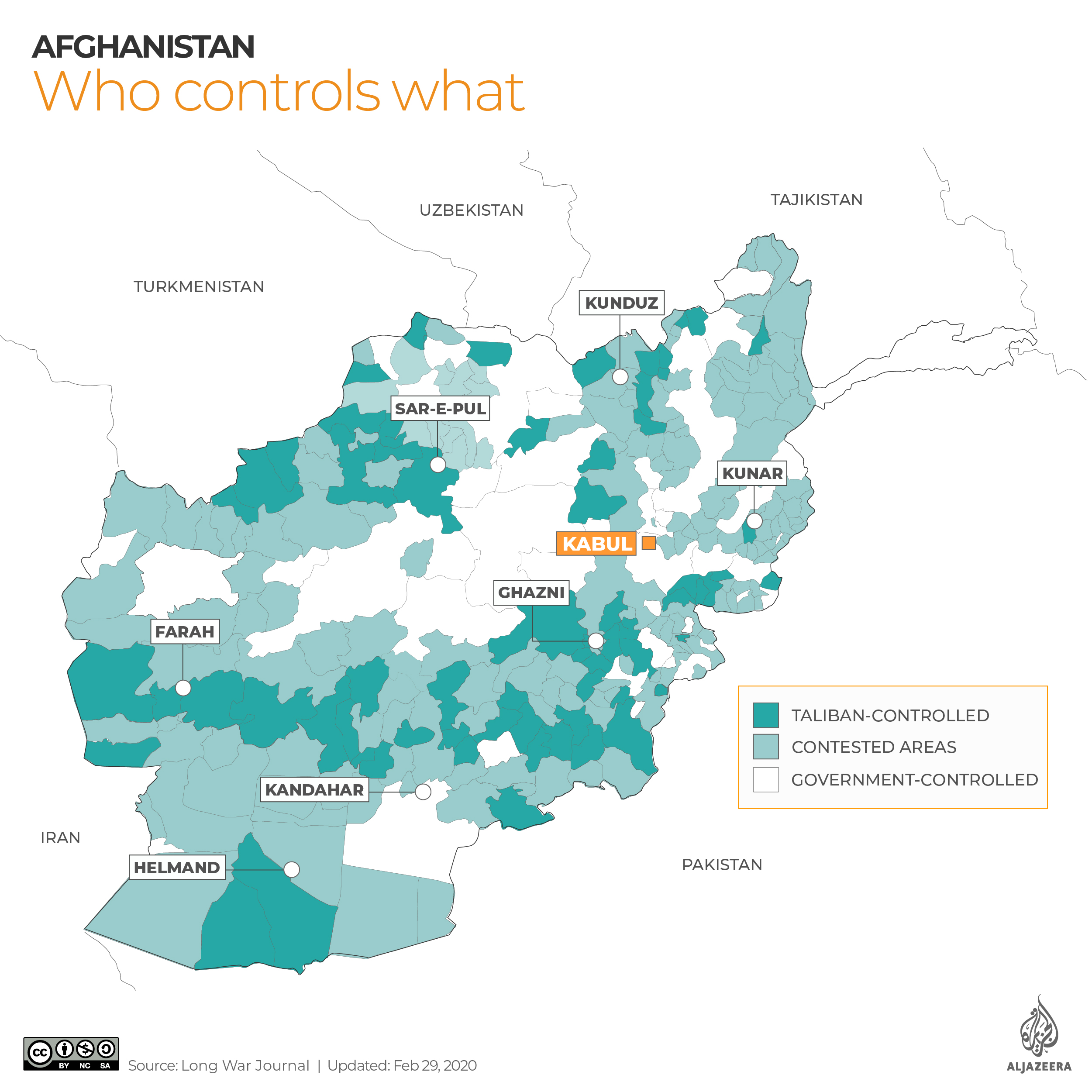 The US and the Taliban had been on the verge of signing a peace agreement in September 2019 when US President Donald Trump abruptly cancelled the talks after a Taliban attack killed an American soldier in Afghanistan.

Trump has long expressed eagerness to remove US soldiers from Afghanistan and end the country’s longest war. He is seeking re-election this year.