In medical research labs around the world, scientists are racing to develop a vaccine for a new type of coronavirus that has infected more than 28,000 people and killed over 560 others.

Weeks after the virus was first detected in the central Chinese city of Wuhan late last year, at least a dozen biopharmaceutical firms and academic research facilities in China, the United States and others have launched programmes to find an effective vaccine.

One scientist at the Imperial College in London, UK, announced on Wednesday that his team could move towards trials on animals as early as next week and then onto humans within a matter of months. Meanwhile, the Coalition for Epidemic Preparedness Innovations (CEPI), a global partnership launched in 2017 to fight new infectious diseases, said it had launched three programmes to develop vaccines and hoped to have a potential vaccine for clinal testing within 16 weeks.

Experts say the effort to combat the coronavirus is among one of the quickest responses in recent history. It took researchers more than 20 months to come up with an experimental vaccine for the virus that caused the Severe Acute Respiratory Syndrome (SARS), a deadly outbreak that also originated in China and infected more than 8,000 people between 2002 and 2003.

The new virus, officially named as 2019-nCov, belongs to the same family as SARS and the Middle East Respiratory Syndrome (MERS), which has killed more than 850 people since it was first detected in 2012.

The vaccine for MERS is still under development.

The apparent rapid progress in the search for a vaccine to fight the coronavirus, according to analysts, is due to a decision by Chinese authorities to share information about the virus with the public. Advancements in new technology and better collaboration between researchers has also aided the process.

Soon after the 2019-nCov was first detected, scientists in China said they had cracked the virus’s genetic sequence and sharing it publicly online on January 10 – a move that allowed virologists and immunologists to begin work on a vaccine almost immediately.

“We downloaded those sequences, immediately ran them through our computer algorithm, which is what we use to design our DNA medicine, and approximately three hours later we had a fully designed DNA vaccine against the novel coronavirus,” said Kate Broderick, senior vice president of research and development at the US-based Inovio Pharmaceuticals, one of the companies working with CEPI on an effective treatment.

“We just take a tiny little piece of the genetic sequence of the virus and we specifically use our algorithm to find motifs of the virus that we think would be the best thing to design a vaccine against,” she told Al Jazeera.

Inovio was previously working with CEPI to develop a vaccine for MERS and is using the candidate it produced to combat MERS as a starting point.

Unlike traditional methods that involve working with proteins or samples of the virus, new DNA platform technology allow scientists to identify commonalities between two viruses and alter existing vaccines rather than building them from scratch. This greatly speeds up the process, according to Inovio, and makes the resulting drug easier to produce at scale and more durable.

“Because we’re so far along in our development for our MERS vaccine … that means that we’re really perfectly positioned to apply what we’ve learned to this novel coronavirus,” Broderick said.

In a statement, Richard Hatchett, CEO of CEPI, cautioned there were “no guarantees of success”.

But, “our aspiration with these technologies is to bring a new pathogen from gene sequence to clinical testing in 16 weeks – which is significantly shorter than where we are now,” he said.

In addition to DNA platforms, CEPI partners are also pursuing other non-traditional methods.

Researchers at the University of Queensland (UQ) in Australia, owners of the “molecular clamp” technology, said they hoped to have a vaccine within six months. In a statement, the university said it has found “promising results” so far from trials targeting viruses that have caused deadly outbreaks in the past, including Ebola, Nipah and MERS.

CEPI has since announced a partnership between British drugmaker GSK and the UQ. The company will provide researches access to its “adjuvant system” – a substance that is added to some vaccines to enhance the immune response and creating a stronger and longer-lasting immunity against infections, according to the company.

The US-based Moderna Therapeutics, another CEPI partner, is working on a vaccine based on ribonucleic acid (RNA), molecules that instruct cells to make proteins to prevent or fight diseases.

For pharmaceutical companies, the race to create an effective vaccine offers a number of incentives. Winning the race bestows a reputational boost, provides a showcase for the firm’s bespoke technology and will bring in revenue from the stockpiling of vaccines by health authorities around the world.

Though the design of new vaccines is taking place at record speed, clinical trials and regulatory hurdles mean it could take months before a drug is proven safe for humans and authorised for widespread use. By that time, the outbreak could be abating.

However, Amesh Adalja, senior scholar at the Johns Hopkins University Center for Health Security, hailed the effort as unprecedented.

“I think it’s a very extensive enterprise probably one of the quickest we’ve seen with any emerging infectious disease outbreak in modern times,” he told Al Jazeera.

The growing diversity of vaccine programmes and approaches is a sign that the international response to major outbreaks is becoming more coordinated and efficient, he said.

Though vaccines will remain a mid- to long-term solution to addressing global epidemics like the new coronavirus, the new technologies and methods being explored by researchers could eventually pave the way for their usage in the earlier stages of other outbreaks.

“With this really being the first one of the first outbreaks where you’re really seeing different approaches being tried all at once in a proactive manner, we may find an approach that can be used in [the future] that will allow vaccines to have a measurable impact in the shorter-term,” Adalja said.

In addition to vaccines, researchers are also looking into using antiviral drugs as a treatment. Several clinical trials have already begun on already approved antivirals and steroids to test their effectiveness in treating the new coronavirus.

The experimental drug Remdesivir, produced by US biotech firm Gilead to combat Ebola, and the common antimalarial chloroquine have both proven “highly effective” in laboratory studies, according to scientists at Wuhan’s virology institute. The drug is set to enter clinical trials in the country, Bloomberg reported.

With an effective treatment months, if not years away, authorities stress that public health approaches must remain a priority in containing the spread of the disease and treating those who have become infected.

These include basic protective measures, such as the frequent washing of hands, avoiding close contact with infected people, and seeking early medical care in the event of a respiratory infection. 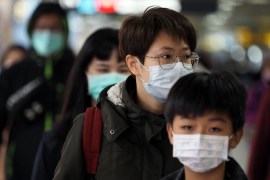 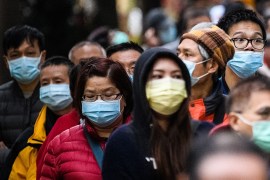 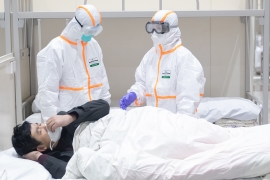