Madrid, Spain – Spain discovered its first case of coronavirus on the mainland after a woman in Barcelona became ill having travelled to Italy.

The 36-year-old Italian woman, who has not been named, lives in Barcelona and has been placed in isolation in a hospital in the Catalan capital.

She fell ill after a 10-day trip to see her family and friends in Milan and Bergamo, and is the third confirmed case of coronavirus on Spain overall.

Catalan health authorities have isolated 25 people with whom she came into contact and are carrying out tests to see if they have the virus.

Meanwhile, hundreds of tourists and staff were confined to a four-star hotel on the Spanish Canary Islands after a visiting doctor, an Italian, and his wife were diagnosed with the illness, health authorities said.

Maria Jesus Montero, a Spanish government spokesman, said the guests at the Canary Islands hotel would “stay at the hotel until a second test and, depending on the results, appropriate measures will be taken”.

Police are guarding the hotel to stop anyone other than health workers from entering or leaving, and guests were being confined to their rooms.

The unidentified doctor who was diagnosed with the virus on Tuesday voluntarily presented himself for tests because he suspected that he had coronavirus symptoms.

He had spent a week on holiday with his wife at the resort, which is popular with British tourists, when he became unwell.

He is being treated in an isolation unit at the University Hospital Nuestra Senora de Candelaria hospital. More tests will be carried out in Madrid today to confirm the diagnosis.

The doctor diagnosed with the virus is from Lombardy, one of the Italian regions which is seeing serious official restrictions on movement, after seven people died from coronavirus and 229 people were diagnosed.

“We are checking people who had contact with the patient, including the people at the hotel,” a spokesman for the Canary Islands’ health department told Al Jazeera.

Worried guests at the hotel were concerned they too might have come down with the virus. A room at the hotel costs nearly 200 euros ($217) a night, but a senior source within the Canary Islands government told Al Jazeera: “Right now, our priority is the health situation. All questions of who will have to pay for rooms and other arrangements will be dealt with later.”

A British tourist, who did not want to be named but said he was on a two-week holiday, told Al Jazeera: “This is scary. They are not telling us anything.”

Edward Sanders, another British man staying at the hotel, tweeted a note put under each guest’s bedroom door, which read: “Dear guests, we regret to inform you that for healthy reasons, the hotel has been closed down. Until the sanitary authorities warn, you must remain in your rooms.”

Here is the actual note for those interested to see it. pic.twitter.com/UCAetoDZNv

The Canary Islands is recovering from a sandstorm from the Sahara which caused chaos over the weekend, fanning wildfires and forcing hundreds of flights to be cancelled.

Stacey McCann, 41, from Bury in the United Kingdom, was concerned because some hotel guests took the same flight as her from Tenerife back to Manchester on Monday.

She tweeted: “Without going into meltdown as families were on our delayed flight [to Manchester] were put up on Saturday night at the H10 Costa Adeje Palace, can you advise what we should do?”

David Crespo, the editor of the Cronica de Canarias newspaper, said the popularity of the Canary Islands with tourists all year round meant this could help spread the coronavirus.

“The islands are warm all through the winter and people come here from all over Europe, so with a virus which appears to be spreading through human movement this could present a special danger,” he told Al Jazeera.

The outbreak in Italy and its proximity and commercial ties prompted the Spanish government to convene a special commission of various ministries on Tuesday to draw up contingency plans for the spread of the virus.

“This changes a lot of things, it’s the beginning of a new period,” said Pere Godoy, president of the Spanish Epidemiology Society.

“Until now, the criteria for suspicion were simple: showing symptoms and spending time in the Chinese province of Hubei. It is now urgent to reformulate these criteria in a precise manner, and that it is going to be complicated because the situation in Italy is changing fast, and because of the deep ties between both countries.” 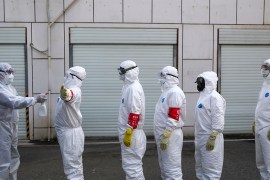 WHO raises alarm as coronavirus spreads in Middle East, Europe

Concerns rise about growing cases in Iran, Italy and S Korea even as infections appear to fall at Chinese epicentre. 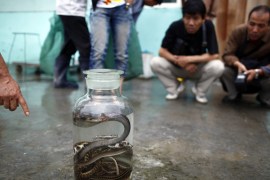 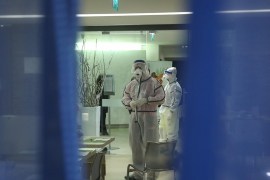 As virus spreads in northern Italy, number of confirmed cases rises to 322 with at least 11 deaths.