President Donald Trump on Wednesday named the current ambassador to Germany, Richard Grenell, as the director of national intelligence, immediately drawing criticism that the politically outspoken figure is unsuited to such a sensitive position.

Grenell was named acting director of national intelligence, a temporary status, which means he will not face a Senate confirmation process unless Trump puts him forward for a permanent position.

He takes over from Joseph Maguire, a retired admiral whose status as acting director was due to expire in March.

The position, often referred to as the DNI, oversees the sprawling US espionage and intelligence apparatus and reports directly to the president.

Susan Hennessey, a fellow in national security law at Brookings Institution and a former attorney at the National Security Agency, wrote on social media: “This should frighten you. Not just brazen politicisation of intelligence, but also someone who is utterly incompetent in an important security role. The guardrails are gone.”

Grenell, an outspoken ambassador in Germany, will be the first openly gay member of the Trump cabinet.

He has caused a stir during his diplomatic service, acting as an enforcer of Trump’s policies on Iran, China and other issues where European capitals do not always see eye to eye with the White House.

Last year he faced calls for his expulsion, shortly after taking up his post in Germany, when he spoke up in support of right-wing politicians in Europe.

Trump, however, reportedly sees Grenell as a loyalist, helping him to reassert himself following acquittal in his historic impeachment trial in Congress and in advance of the November presidential election.

Samantha Powers, a UN ambassador under Barack Obama’s presidency, tweeted that the appointment of someone so openly political to the intelligence post “would be a travesty.”

Democratic Senator Mark Warner said in a statement that “the President has selected an individual without any intelligence experience to serve as the leader of the nation’s intelligence community in an acting capacity.” 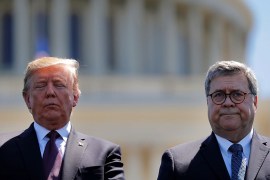 Group of US judges was expected to discuss the controversy over Trump, DOJ intervention in politically charged cases. 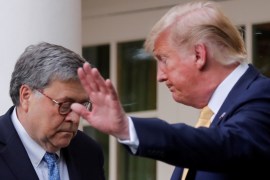 William Barr reportedly getting frustrated about the US president’s social media attacks on Justice Department cases. 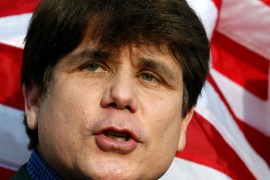 Trump goes on clemency spree, and the list is long