Incumbent President Ashraf Ghani has been declared the winner of Afghanistan‘s presidential election, almost five months after the voting took place amid a low turnout due to the threat of violence and concerns over electoral fraud.

The Independent Election Commission (IEC) announced on Tuesday that Ghani garnered 50.64 percent of the vote on September 28 of last year, beating Chief Executive Abdullah Abdullah, who secured 39.52 percent of votes.

Later on Tuesday, Abdullah contested the final results and pledged to form his own parallel government.

“Our team, based on clean and biometric votes, is the victor and we declare our victory. The fraudsters are the shame of history and we announce our inclusive government,” Abdullah said at a news conference in the capital, Kabul.

Originally scheduled to be announced on October 19, the results were repeatedly delayed, with IEC officials citing technical issues, allegations of fraud and protests from candidates.

The commission announced “preliminary results” in December in which Ghani won re-election by a slim margin, but Abdullah dismissed the result as fraudulent and called for a full review. Ghani rejected the allegations.

The two men shared power over the past five years in a so-called “unity government” formed by the United States in the wake of allegations of widespread fraud and corruption in the 2014 polls.

Following the announcement of the results, Ghani appeared among supporters in Kabul, where he emphasised the importance of peace talks with the Taliban, saying his winning team will bring peace to the country.

“It’s time to make Afghanistan united,” he said, urging the armed group to participate in the democratic process.

Ghani also pointed to Gulbuddin Hekmatyar, an infamous commander who ran in the election after signing a peace deal with the government. Hekmatyar received 3.5 percent of the vote, according to the final results.

“I congratulate him and he did a good job, Ghani said. “We ask the Taliban as well to come and participate in elections.”

In September’s election, which was held amid Taliban threats to disrupt the process, nearly one million of the initial 2.7 million votes were purged owing to irregularities. Ultimately, only 1.8 million votes were counted – a tiny number given Afghanistan’s estimated population of 35 million and its total of 9.6 million registered voters.

Habib Wardak, a political analyst in Kabul, said people in the country have long lost confidence in electoral processes.

“The turnout [was low partly because of] insecurity in parts of the country which made it impossible for a lot of Afghans to come out [to] vote for their candidates – but a lot of it has to do with the fact that Afghans have lost hope in the electoral processes,” he told Al Jazeera.

“Corruption, staffing of ballots, rigging – this has become [a reality] when you have election processes in Afghanistan.”

The announcement of the final results came as the US and the Taliban, which has been fighting the US-led NATO forces in Afghanistan since the Taliban was toppled from power there in 2001, appear to be close to embarking on a seven-day “reduction in violence” as a prelude to a peace deal to end the US’s longest war.

The two sides have been wrangling over the US’s demand for a ceasefire before the signing of a final peace agreement, which is expected to outline the withdrawal of US troops and a guarantee Afghanistan will not be used as a launchpad to conduct attacks abroad.

The deal also proposes talks between the government in Kabul and the Taliban. The armed group has so far refused to speak to the Western-backed government, calling it a “puppet regime”.

It has also rejected Ghani’s win, and in a statement called the election a “fraud”.

Ghani first ran for president in 2009, capturing barely a quarter of the votes. He ran again in 2014 in what was considered a deeply flawed and corrupt exercise.

Ghani, from central Logar Province, was born on May 19, 1949. He holds a doctorate in anthropology from Columbia University and first went to the US as a high school exchange student.

Except for a brief teaching stint at Kabul University in the early 1970s, Ghani lived in the US, where he was an academic until joining the World Bank as a senior adviser in 1991.

He returned to Afghanistan after 24 years when the Taliban was removed by a US-led coalition in 2001.

Ghani was the head of Kabul University until he joined President Hamid Karzai‘s government as finance minister. In 2010, he led the lengthy process to transfer security of the country from the US-led coalition forces to the Afghanistan National Defense and Security Forces – a changeover that took effect in 2014. 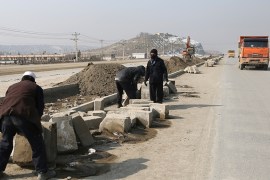 Nearly 1,500 Afghans among killed since 2002 during reconstruction, highlighting human cost of war, US agency says. 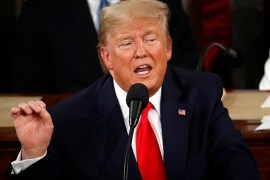 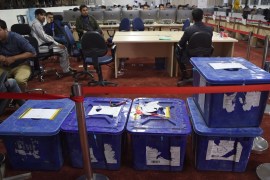 In December, the election commission announced incumbent President Ghani had won a slim majority of 50.64 percent.