At least 19 children were wounded in Myanmar‘s Rakhine state when a primary school was hit by the shelling that the army and rebels have refused to take responsibility for.

Clashes between government troops and Buddhist rebels, who have been fighting for greater autonomy for the impoverished region, have intensified since December 2018 displacing tens of thousands of people.

The armed rebellion by the Arakan Army has brought new chaos to the region from where more than 730,000 majority-Muslim Rohingya fled a brutal military crackdown in 2017.

Artillery fire hit the school in Khamwe Chaung village in Buthidaung township on Thursday morning, Tun Aung Thein, a local member of parliament, told Reuters News Agency by telephone. He said he did not know who was responsible.

“According to the health department, 19 students are injured and one is seriously injured,” the legislator said.

A military spokesman put the number of wounded at 20 and blamed the rebels for the attack.

“We medically treated the students at the nearby military post and sent five to the hospital,” Brigadier-General Zaw Min Tun told Reuters by phone.

“One girl is badly hurt. Most of the others have injuries to their hands and legs.”

He said all the wounded children were ethnic Khami, a Buddhist minority in a state with a complex patchwork of different ethnic and religious groups.

The fighting was about three kilometres (two miles) away from the village, he added. “We thought the shells couldn’t reach our school.”

A spokesman for the Arakan Army, denied its fighters were responsible, saying they did not have such artillery and blamed government troops.

The British embassy in Myanmar issued a statement urging an end to the violence, which follows the reinstatement last week of an internet shutdown in the region.

“The increased violence in Rakhine state over the past few days is causing misery for many of the people living there,” said Dan Chugg, British ambassador to Myanmar.

“Today’s reported shelling of a school on Myanmar’s Children’s Day, following recent deaths of women and children, highlights the impact this is having on innocent people.”

The statement urged all sides to do their utmost to protect civilians and called on the government to lift the internet restrictions.

A months-long internet blackout in four Rakhine townships – including Buthidaung – and one in neighbouring Chin state had been lifted in September as peace talks sought to end clashes.

Officials cited “security requirements and public interest” for the reinstatement. 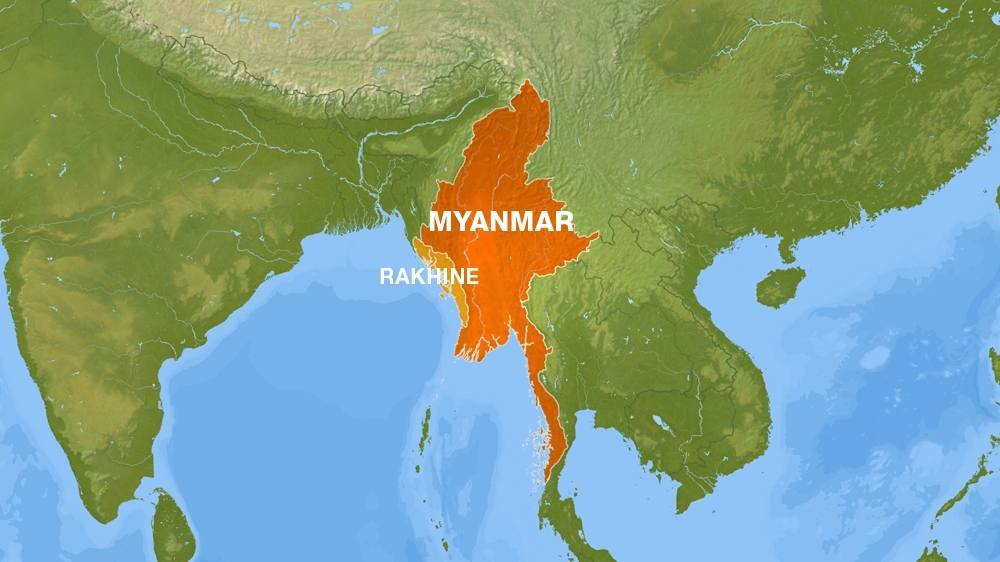