“There is no meeting planned between Saudi Arabia and Israel,” Prince Faisal bin Farhan told Saudi-owned Al Arabiya English website on Thursday in response to reports in Israeli media.

“Saudi Arabia’s policy has been very clear since the beginning of this conflict. There are no relations between Saudi Arabia and Israel, and the Kingdom stands firmly behind Palestine.”

The two countries’ interest in containing Iran have increasingly converged with both viewing Tehran as a main threat, but Saudi Arabia maintains that any relations hinge on Israel’s withdrawal from lands captured in the 1967 Middle East war, territory Palestinians seek for a future state.

Netanyahu appeared last month at a White House event where US President Donald Trump offered a plan that proposed creating a Palestinian entity but diverged from a 2002 Saudi initiative.

The Palestinian leadership has rejected Trump’s plan, saying it heavily favours Israel and will deny them a viable independent state.

But some Gulf Arab states welcomed the US efforts in a move viewed as prioritising close ties with Washington vital to countering Iran over historic unswerving support for the Palestinians.

In 2017, an Israeli cabinet minister said the country had covert contacts with Riyadh, and Israel Radio reported that Prince Mohammed had met with officials in Israel, drawing an official Saudi denial.

Netanyahu, who faces criminal corruption charges and is seeking re-election next month, has previously pointed to covert cooperation with Arab states, without naming them.

Prince Faisal said Saudi Arabia had always shown a willingness to normalise ties with Israel provided there is “a just and fair settlement” agreed by Israel and the Palestinians.

“Short of that, Saudi policy will remain steadfast,” he added. 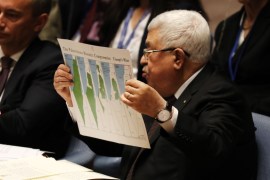 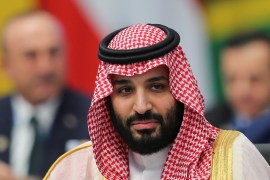 WSJ says Saudi effort to forge ties with Israel is faltering after crown prince was implicated in journalist’s murder. 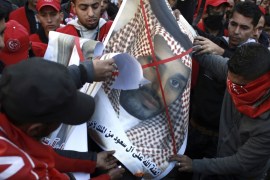 Palestinians will not accept any peace initiative coming from Riyadh that infringes on their rights.