Teodorin Obiang, son of Equatorial Guinea’s president and the country’s vice president, has been handed a fine of 30 million euros ($32.9m)  by a Paris court for embezzling public funds.

The court also gave Obiang, the 50-year-old son of Africa’s longest-serving president, a suspended jail term and ordered the confiscation of his assets on Monday.

Obiang, who is fond of fast cars and Michael Jackson memorabilia, had been found guilty by a French court in 2017 of having plundered his country’s state coffers to fund his jet-set lifestyle in Europe.

At the time, he was handed a three-year jail term as well as the 30 million-euro fine – both suspended.

Obiang challenged that penalty only to have the Paris appeals court return a heavier sentence on Monday by removing the suspended provision from the fine.

It confirmed his conviction on a range of laundering charges – relating to the embezzlement of public funds, misuse of corporate assets and breach of trust – and upheld the lower court’s order for the confiscation of his ill-gotten assets.

Obiang was not in court for the ruling, just as he had not attended his initial trial. The case had been brought to the French courts by two anti-corruption NGOs.

Obiang owns a six-storey, 107 million-euro ($116.7m) mansion in an upscale part of Paris, complete with a hammam, a disco and gold-plated taps. 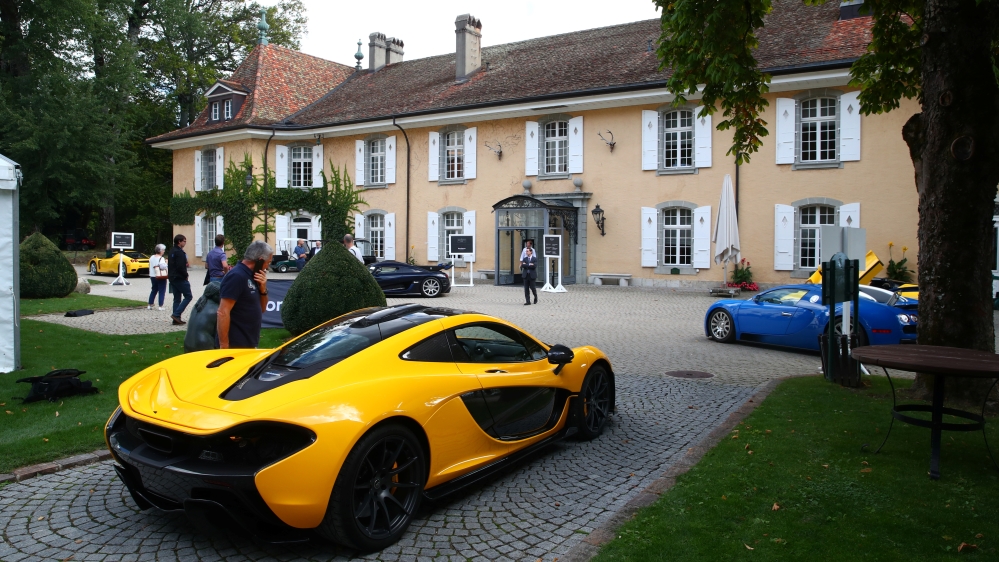 When investigators first raided the home, they hired trucks to haul away a fleet of Bugattis, Ferraris, a Rolls-Royce Phantom and other cars as evidence.

The fate of his residence, which was also seized by French authorities, remains unclear after Monday’s ruling. Obiang’s lawyers have lodged an appeal with the International Court of Justice claiming that the property should fall under the protections given to diplomatic buildings.

A hearing is scheduled to take place in The Hague next week.

Obiang has said his money came from legitimate sources. His lawyers accused France during his trial of “meddling in the affairs of a sovereign state”. Relations between the two nations have been strained over the case.

“It is another step in a legal marathon,” William Bourdon, a lawyer for Transparency International, one of the NGOs that initiated the case, said of Monday’s ruling.

“It is a strong and powerful signal to those who believe that a culture of impunity is the indispensable means to organise and maintain a system of predation of public resources in Africa or elsewhere.”

He was agriculture and forestry minister before being promoted by his father, who has ruled the oil-rich country for 40 years, to vice president, putting him in pole position to take over the leadership one day.

Africa’s only Spanish-speaking nation, Equatorial Guinea is the continent’s third-biggest oil producer but more than half of its 1.2 million population live below the poverty line.

It is regularly accused by human rights groups of corruption, repressive laws, extrajudicial killings and torture.

He has since seen off at least half a dozen assassination or coup attempts. The latest of them, in December 2017, reportedly involved a group of men from Chad, Central African Republic and Sudan.