A mudslide in an unlicensed gold mine in Nicaragua trapped at least 10 workers Friday, state-run media reported.

After the disaster, crews began work to try to rescue the miners in the La Esperanza region of southern Nicaragua.

Vice President Rosario Murillo, who is also the government spokeswoman, did not say how many miners were in the shaft when it collapsed or if there were fatalities.

“We hope not to have bad news,” she said, according to the government news site El 19 Digital.

The independent newspaper La Prensa quoted witnesses as saying at least 15 people are trapped in the mine.

In Nicaragua, an estimated 3,000 people work in unlicensed mines.

In 2014, at least 24 gold miners were also trapped by a landslide in the north of the country. 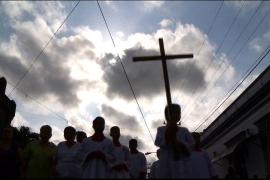 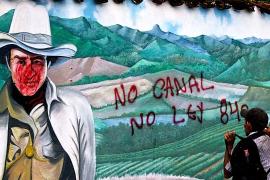 Plan fails as Chinese financier lost most of his billions before the work could start. 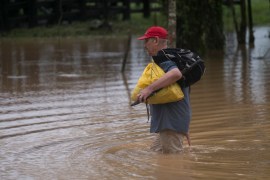 The long-term forecast shows Eta taking a turn over Central America and then reforming in the Caribbean.