At least 25 people are believed to have been killed in an attack on a bus along a main highway in Syria’s eastern Deir Az Zor province that borders Iraq, Syrian state media said on Wednesday, an incident that residents and defectors say was likely an ambush aimed at pro-Assad forces.

The attack, which wounded 13 others, was in an area where mostly Syrian army and Iranian-backed militias are based, near the ancient city of Palmyra.

A senior military defector in the area said the vehicle carried soldiers and pro-government fighters who had finished their leave and were on their way back to their base in the desolate, sparsely populated area.

Another source said at least 30 soldiers were killed, mostly from the Syrian army’s elite Fourth Brigade, which has a strong presence in the rich oil-producing province since the ISIL, also known as ISIS group fighters were pushed out at the end of 2017.

28 Syrian soldiers killed in an ISIS ambush on Palmyra-DeirEzzor road, deadliest attack for a long long time, the area has seen scattered attacks but nothing of this magnitude. pic.twitter.com/uoeP0MwcQV

Rami Abdel Rahman, the head of a UK-based war monitor – the Syrian Observatory for Human Rights – told the AFP news agency that the ambush “was one of the deadliest attacks” since the fall of ISIL (ISIS), which at its peak in 2015, controlled large swaths of land across Syria and Iraq.

He said the assailants detonated bombs before opening fire at the bus, which was ambushed near the village of Shula. Two other buses which were part of the convoy managed to escape, the war monitor said.

Syria’s state-run Sana news agency said that pockets of ISIL (ISIS) fighters are still in the area. They remain a threat by continuing to place mines and improvised explosive devices or IEDs in the province and near the border with Iraq.

Deir Az Zor residents and intelligence sources say there has been a rise in recent months of ambushes and hit-and-run attacks by remnants of ISIL (ISIS) group fighters who hid in caves in the mainly desert region.

They also say in the last few months, Arab tribes who inhabit the area have been angered by executions by Iranian militias operating in the area of dozens of nomads suspected of affiliation to armed groups. 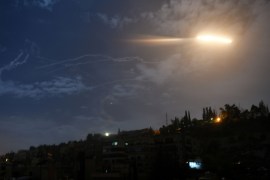 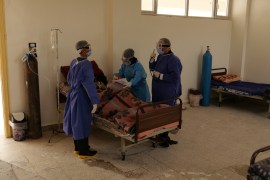 The coronavirus is surging in a region of northern Syria struggling from the devastating effect of a near-decade of war. 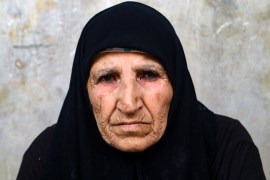 With social distancing ‘near impossible’ in overcrowded displaced people’s camps, coronavirus cases are on the rise.