Tehran, Iran – An Iranian prosecutor has said a British security firm and an airbase in Germany had a hand in the assassination of Qassem Soleimani almost one year after the top general was assassinated by the United States in Iraq.

The allegations come amid mounting tensions between the two countries, as Iran’s Foreign Minister Mohammad Javad Zarif on Thursday accused outgoing US President Donald Trump of aiming to fabricate a “pretext for war”.

In a news conference on Wednesday, Tehran prosecutor Ali Alqasimehr claimed, without providing evidence, that London-based security services company G4S played a role in the killing of Soleimani, who was accompanied by Iraqi commander Abu Mahdi al-Muhandis and several others.

“Agents of this company handed the information of general Soleimani and his fellow fighters to the terrorists as soon as they entered the airport,” Alqasimehr said in reference to Baghdad International Airport, according to Mizan, the official news website of the judiciary.

Soleimani and his convoy were targeted shortly after leaving the airport by a US drone strike ordered by President Trump.

The British company confirmed it was in charge of “a number of security requirements” outsourced by the Iraqi Civil Aviation Authority at the time of the assassination, but denied the charges.

“In response to recent, completely unfounded speculation, G4S wishes to make clear that it had absolutely no involvement in the attack on Qassem Soleimani and Abu-Mahdi al-Muhandis which took place on 3rd January 2020,” a G4S spokesperson told Al Jazeera in a written statement.

The Tehran prosecutor also said a US airbase in Germany “handled reports on guiding the drone for the assassination and handed flight data of the drones to American forces”.

Iranian authorities had previously said the US had used the Ramstein Air Base in southwestern Germany in Soleimani’s assassination.

The base serves as headquarters for the US Air Forces in Europe, in addition for NATO Allied Air Command, and has acted as a control centre for the US drone operations in West Asia for the past few years.

Alqasimehr said Iran continues to pursue those who ordered and carried out the strike on Soleimani through legal means, including through Interpol. Perpetrators include 45 American individuals, he said without naming them.

The prosecutor also said Iran has given judicial representation rights to Iraq, Syria, Lebanon, Qatar, Jordan and Kuwait to investigate the assassination.

Tensions have been steadily on the rise in the Middle East days before the January 3 anniversary of the Iranian commander’s murder.

A series of Katyusha rockets landed in Baghdad’s heavily fortified Green Zone in an attack targeting the US embassy on December 20 that caused minor damage on the compound.

The Iraqi military said an “outlaw group” was responsible, but the US quickly pointed the finger at Iran, accusing it of escalating tensions.

Trump tweeted a picture of a few rockets, saying they were unexploded Iranian rockets.

Iran denied responsibility, saying the Trump administration is trying to start a war in the weeks before it has to leave office.

On Thursday, Foreign Minister Zarif said on Twitter that “intelligence from Iraq indicate plot to fabricate pretext for war”.

“Iran doesn’t seek war but will openly and directly defend its people, security and vital interests,” he tweeted.

A day earlier, the US flew two B-52 strategic bombers over the Gulf for the second time this month in a show of force it said was meant to deter Iran from attacking American or allied targets in the region.

The commander of the Iranian army’s air force, Aziz Nasirzadeh, had on Wednesday warned of a “decisive response” by armed forces if the US pursues “adventurism”.

Moreover, Soleimani’s replacement as the head of the Islamic Revolutionary Guard Corps’ Quds Force, Esmail Ghaani, had a meeting with members of parliament behind closed doors.

Addressing a televised cabinet meeting, President Hassan Rouhani also said, “You severed our general’s hand, we will sever your leg from the region and continue to resist until that day.”

Iran’s judiciary chief on Wednesday repeated Iran’s stance that as the person who directly ordered the strike on Soleimani, Trump is a main target of prosecution.

“Trump is the first criminal of the case of assassinating martyr Soleimani, who himself confessed to this crime in front of all the world’s people, and therefore cannot be immune from punishment,” Ebrahim Raisi told reporters.

“Fortunately, Trump’s presidency has ended. But even if his term hadn’t ended, it would be unacceptable to say someone shouldn’t be accountable to law due to his administrative position,” he said in reference to legal immunity for sitting presidents.

In a separate news conference on Wednesday, the spokesman of the powerful constitutional vetting body Guardian Council also said Iran would legally pursue Trump after he leaves the White House on January 20.

“Legally pursuing the crime of the US regime, especially Donald Trump, for issuing the order to assassinate martyr general Soleimani in international courts has its special requirements and immunity for heads of state from legal prosecution prevents this,” he said.

But he added that “some international experts hold the view that after Trump’s presidency is over this might be possible”.

In late June, Alqasimehr issued an arrest warrant for Trump and dozens of others on “murder and terrorism charges” but Interpol said its constitution forbade it from undertaking “any intervention or activities of a political, military, religious or racial character”.

In July, the United Nations special rapporteur on extrajudicial, summary or arbitrary executions Agnes Callamard said Soleimani’s assassination represented a violation of international law, a statement which the US blasted as “giving a pass to terrorists”. 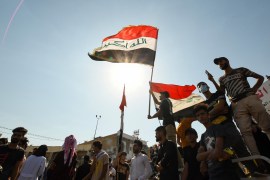 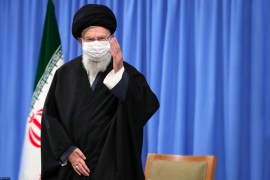 Iran’s supreme leader meets family of top general some two weeks before first anniversary of his US assassination. 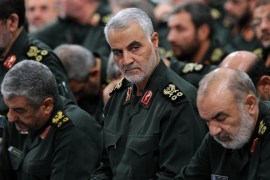 Iran: US gov’t, not just Trump, blamed for Soleimani killing

Soleimani was killed when his convoy was hit by a US drone strike near Baghdad airport on January 3.