The United Kingdom’s Parliament has voted in favour of the post-Brexit trade deal thrashed out between the country and the European Union, paving the way for the agreement to come into force on January 1.

MPs in the lower chamber House of Commons voted 521 to 73 in favour of the EU (Future Relationship) Bill on Wednesday, a day before the UK severs ties with the bloc as the Brexit transition period comes to an end.

The bill puts into law the deal on a new relationship agreed between the 27-nation EU and the UK last week.

The UK Parliament’s unelected upper chamber, the House of Lords, will now start its own debate on the agreement.

The debate in the House of Lords is expected to last for several hours, which means the bill may not be turned into binding British law until late in the evening on Wednesday.

The bill cannot be turned into law in the UK unless it is voted through by both houses of parliament and gets formal royal assent from Queen Elizabeth II.

The vote in the UK came after the EU’s top officials formally signed the long fought-over post-Brexit trade deal with the UK earlier on Wednesday.

The documents were later flown across the English Channel to London in a Royal Air Force plane for British Prime Minister Boris Johnson to sign.

“The agreement that we signed today is the result of months of intense negotiations in which the European Union has displayed an unprecedented level of unity,” Michel said.

“It is a fair and balanced agreement that fully protects the fundamental interests of the European Union and creates stability and predictability for citizens and companies”.

He added that on “major issues” the bloc stood ready to “work shoulder to shoulder” with the UK.

“This will be the case on climate change, ahead of the COP 26 in Glasgow, and on the global response to pandemics, in particular with a possible treaty on pandemics,” Michel said.

“On foreign affairs, we will seek cooperation on specific issues based on shared values and interests.”

The pact also needs approval from the EU’s legislature, though that is not expected to be given for weeks.

The leaders of the European Parliament’s political groups said they would not seek full approval until March because of the specific and far-reaching implications of the agreement. The overwhelming expectation is that EU lawmakers will approve the deal.

MPs weigh in on UK-EU pact

The 1,240-page post-Brexit deal was sealed by the EU and the UK on Christmas Eve, just a week before the year-end transition period deadline.

The UK formally left the EU almost a year ago, but has remained within the bloc’s single market and customs union during the transition period.

The UK’s exit from the single market and customs union will bring inconvenience and new expense for both individuals and businesses – from the need for tourists to have travel insurance to the millions of new customs declarations that firms will have to fill out.

But Brexit supporters, including Johnson, say any short-term pain will be worth it.

Addressing MPs prior to Wednesday’s vote, Johnson said the Brexit deal would transform the UK from “a half-hearted, sometimes obstructive member of the EU” into “a friendly neighbour and “the best friend and ally the EU could have”.

He said the UK would now “trade and cooperate with our European neighbors on the closest terms of friendship and goodwill, whilst retaining sovereign control of our laws and our national destiny”.

But some MPs grumbled about being given only five hours in Parliament to scrutinise the lengthy deal that will bring about profound changes for the UK’s economy and its citizens.

The strongly pro-EU Scottish National Party and Liberal Democrats voted against the bill.

However, the main opposition Labour Party, which had sought a closer relationship with the EU, backed the agreement, saying that even a thin deal was better than a chaotic no-deal rupture.

“We have only one day before the end of the transition period, and it’s the only deal that we have,” said Labour leader Sir Keir Starmer. “It’s a basis to build on in the years to come.”

Al Jazeera’s Paul Brennan, reporting from London, said the UK’s opposition parties knew the “battle was over” ahead of the vote in the Commons.

“It was clear that the Prime Minister was cutting it fine but he knew there was not really going to be anything that would stop him [passing the bill],” Brennan said.

“But this deal does leave open the possibility that future governments can reinterpret the way that the relationship is going with the EU, so there are bound to be tweaks and nuances to the ongoing trading relationship [in the future],” he added.

“The question over in or out has finished, but the political debate over how Britain continues to trade with Europe and vice versa is going to go on and on and on.” 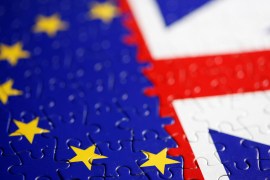 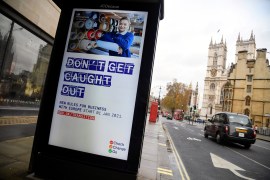 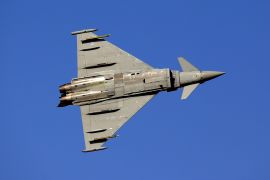 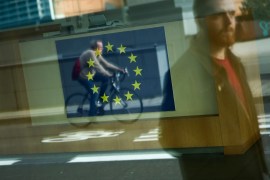