This year’s Global Teacher Prize has been awarded to Ranjitsinh Disale for his work helping girls, most of then from poor tribal communities, at a village school in western India.

He was selected from 12,000 nominations from more than 140 countries around the world.

The Indian teacher was announced by renowned actor Stephen Fry as the winner of the Global Teacher Prize 2020 at a virtual ceremony broadcast on Thursday from the Natural History Museum in London.

Disale immediately announced he would share half the $1m prize money with the nine other finalists.

His decision means $55,000 will go to each of the other nine finalists from nations including Italy, Nigeria and South Korea.

Disale is the sixth winner of the award, established by the Varkey Foundation and is given in partnership with the United Nations Educational, Scientific and Cultural Organization (UNESCO).

He said the global coronavirus pandemic had shown the importance of education to communities.

“In this hard time, teachers are giving their best to make sure every student has access to their birthright of a good education,” he said.

Indian currently has more than 9.5 million coronavirus cases, the second-highest in the world after the United States.

Disale added that all teachers were “the real changemakers who are changing the lives of their students” and it was in this spirit that he said he was sharing his winnings.

The teacher arrived at the Zilla Parishad Primary School in a small village near Solapur, in Maharashtra state, western India, in 2009.

At the time, the school was in a rundown building next to a cattle shed, according to organisers. School attendance was low and teenage marriage common.

The curriculum was not even in the girls’ main language, Kannada. Disale moved to the village, learned the language and translated the class textbooks.

He also introduced digital learning tools and came up with personalised programmes for each student. His system of QR-coded textbooks is now used across India.

School attendance is now 100 percent, and one girl from the village has graduated from university, the organisers said.

“Teachers like Ranjitsinh will eliminate inequalities and drive forward economic growth,” she said. 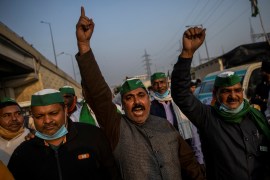 Second day of talks aimed to break impasse over laws passed earlier this year that farmers say will benefit corporates. 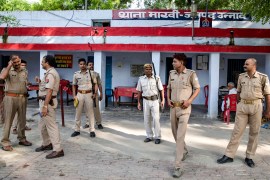 Human rights activists welcomed the order saying it will bring accountability – but cast doubts over its implementation. 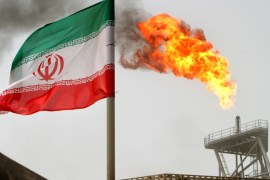 India was the key buyer of Iranian and Venezuelan oil before President Trump imposed sanctions on the two OPEC members. 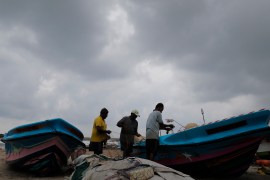 Second cyclone to hit Bay of Bengal this week is projected to unleash flash floods in southern India.