United Nations Secretary-General Antonio Guterres warned on Thursday the world could be fighting the aftershocks of the COVID-19 pandemic for decades to come even if vaccines are quickly approved.

Guterres – speaking at the UN General Assembly’s first-ever session on the coronavirus pandemic – hailed the quick scientific progress but cautioned that vaccination was not a panacea for the ills affecting the planet.

“Let’s not fool ourselves. A vaccine cannot undo damage that will stretch across years, even decades to come,” Guterres said. “Extreme poverty is rising, the threat of famine looms. We face the biggest global recession in eight decades.”

He said COVID-19 – which has killed nearly 1.5 million people globally – exacerbated other long-term challenges including inequality and climate change.

Leaders or senior officials from more than 100 countries will take part in the UN summit through short, prerecorded speeches, but diplomats do not expect the virtual two-day gathering to lead immediately to important decisions.

Guterres reiterated his call that vaccines be considered a “global public good” that are shared around the world. He appealed for contributions to fill a $4.3bn shortfall in financing over the next two months.

More than 180 countries have joined Covax, a global collaboration working with manufacturers to distribute vaccines equitably.

The major exceptions are the United States, which has been at the forefront of research and where outgoing President Donald Trump wants to vaccinate Americans first, and Russia, which has unveiled its own vaccine but met scepticism.

Casting blame for COVID-19’s heavy death toll in the US, Trump has moved to withdraw from the World Health Organization saying it was beholden to China in the early stages of the crisis.

Guterres strongly defended the UN body’s performance and said its recommendations “should have been the basis for a coordinated global response”.

“In some situations, there was a rejection of facts and an ignorance of the guidance. And when countries go in their own direction, the virus goes in every direction,” the UN chief said.

UNGA President Volkan Bozkir said the world is looking to the world body for leadership and action “to address the greatest challenge our world is facing today”.

“This is not a time to point fingers,” he said. “We have convened here to forge a path forward and to end the suffering of the people we serve.”

Nearly 100 world leaders and several dozen government ministers are scheduled to speak during the mainly virtual special session that began with Bozkir asking masked ambassadors and diplomats from the UN’s 193-member nations in the assembly hall to stand in silent tribute to the 1.5 million people who have lost their lives to COVID-19.

The assembly president called the session “a test for multilateralism” and said what the world must do is clear – ensure fair and equitable access to COVID-19 vaccines, work together “to protect the most vulnerable countries”, and ensure adequate resources for an economic recovery that goes beyond pre-pandemic levels.

Guterres welcomed steps to help developing countries but said “they are totally insufficient for the scale of this crisis”, noting many low and middle-income countries are being forced to choose between providing basic services to their people or servicing debts. They need immediate support “to avert a liquidity crisis”, he said.

The US will be represented by Health and Human Services Secretary Alex Azar.

Friday’s session will focus on three virtual panels, the first on the UN’s response to COVID-19 and the second on vaccines that will include representatives from producers BioNTech and Oxford University-AstraZeneca, and the WHO’s ACT-Accelerator, which is working to get vaccines to the world’s poorest people.

The final panel is on recovery from COVID-19. WHO chief Tedros Adhanom Ghebreyesus is expected to participate in all three panels. 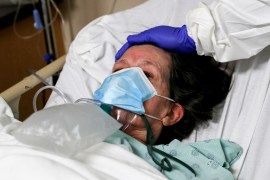 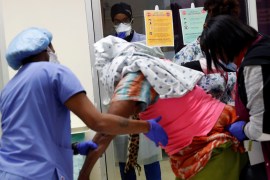 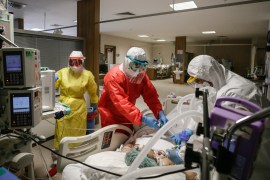 With more than 30,000 new daily infections, President Erdogan says he had no choice but to ‘minimise human mobility’.