Yemen’s President Abd-Rabbu Mansour Hadi has sworn in a new government that was formed thanks to a power-sharing deal brokered by Saudi Arabia last year.

The 24-member cabinet, announced last week, was sworn in during a ceremony held on Saturday in the Saudi capital, Riyadh, where Hadi is living.

It includes five members of the separatist Southern Transitional Council (STC) as part of a bid to end a power struggle between Hadi loyalists and the secessionists.

The formation of the government was part of the Saudi Arabia-backed Riyadh Agreement, signed between the Yemeni government and the STC in November 2019 to seek an end to military clashes between forces of both parties.

President Hadi called on the new government to act as a team and prioritise addressing the impoverished country’s economic woes.

“You are coming from different blocs and geographical areas, but let your main concern be first and foremost the country and its citizens,” Hadi told the members of the government.

“We are in a new stage and depend on you to act as one team,” he added, according to Yemen’s state news agency Saba.

Yemen has been mired in conflict since a Saudi Arabia-led coalition intervened there in March 2015 to restore the government removed from power in the capital Sanaa by the Houthi rebel movement in late 2014.

According to the United Nations Office for the Coordination of Humanitarian Affairs (OCHA), the conflict in Yemen has so far claimed the lives of 233,000 people.

The conflict has also pushed the impoverished Arab country to the brink of famine and devastated its health facilities.

Earlier this month, the International Rescue Committee (IRC) said Yemen is the country most at risk of a humanitarian catastrophe in 2021, marking the third year running the war-ravaged nation earned the grim recognition.

According to the UN, 80 percent of Yemen’s 30 million people need some form of aid or protection. About 13.5 million Yemenis currently face acute food insecurity, including 16,500 people living in famine-like conditions, UN data shows. 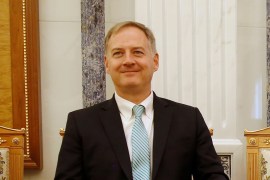 Iran blacklists US envoy to Yemen in tit-for-tat move

Iran and the US blacklisted each other’s envoys to war-torn Yemen where the two countries support opposing factions. 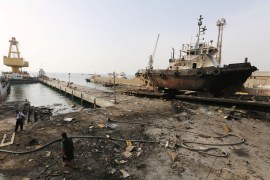 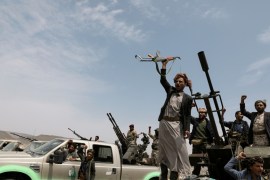 No comment from Saudis but its media reported death of a military official on the battlefield in Yemen.