A Bangladeshi film director has been arrested and charged after a scene depicting police harshly interrogating a rape victim and highlighting attitudes towards violence against women sparked the ire of the force.

The first half of Nabab LLB, a fictional courtroom drama about rape and the treatment of victims starring megastar Shakib Khan, was released on a local streaming service in mid-December.

The scene from the movie directed by Anonno Mamun went viral on social media last week, with criticism directed at police over their handling of the case.

It angered the force, with Mamun, 34, and the actor who played the policeman, 46-year-old Shaheen Mridha, arrested on Friday.

“The officer was interrogating her using very offensive gestures and obscene language which is the opposite of healthy entertainment and will create negative perceptions about policing among the public,” Dhaka Metropolitan Police said on their news portal.

The statement added that the pair were arrested “for making and acting in a film containing such offensive and obscene dialogue”.

They faced court on Friday and were charged with “making a film with pornographic content” over a different scene depicting the sexual assault, police added.

Officers said they were also seeking to arrest Orchita Sporshia, the 27-year-old actress who played the rape victim.

“The plot is completely fabricated and unpleasant. It is based on total falsehood,” the officer, who asked to remain anonymous, said.

The pair face up to seven years in jail if found guilty.

Movies are usually vetted by the country’s censorship board but regulations to include streaming service offerings have yet to be finalised.

There are five local streaming platforms in Bangladesh, including recently launched iTheatre, which released Nabab LLB. The second part of the film is due to be released in early January.

The arrests were denounced by rights activists, who said the film accurately depicted the struggles rape victims face in Bangladesh’s legal system.

“These arrests are nothing new but the continuation of attacks on artistic freedom,” activist Rezaur Rahman Lenin told AFP.

Activists and human rights groups say violence against women is rising in Bangladesh.

In a recent report, rights group Ain o Salish Kendra said nearly 1,000 women were raped in the first nine months of this year – one-fifth of them being gang rapes – while 43 of the 975 victims were killed after being attacked.

On October 12, the Bangladesh government amended its rape law that elevates the maximum punishment from life in prison to death.

Days later, a local court sentenced five men to death for the 2012 gang rape of a 15-year-old girl.

However, activists say the introduction of death penalty is a short-term solution, and advocate more systemic solutions to crimes against women. 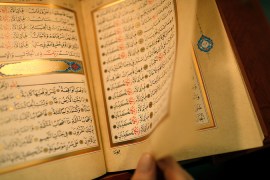 Man beaten to death and his body torched in northern Bangladesh after villagers accuse him of desecrating holy books. 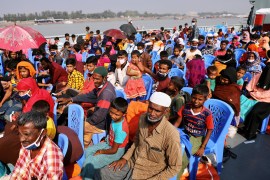 “My family didn’t want to go, they are taking them by force.” 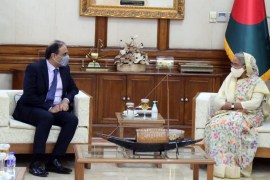