Japan has confirmed its first five cases of the new, faster-spreading variant of the coronavirus in passengers arriving from the United Kingdom as Prime Minister Yoshihide Suga urges the nation to spend a “quiet New Year” period.

Health Minister Norihisa Tamura announced the cases late on Friday after his meeting with Suga, adding that the premier called for strict quarantine measures at airports and on those returning from the UK.

Japan has banned entry from the UK, with the exception of returning Japanese nationals and those with residence permits.

The New Year period is an extended national holiday in Japan, with many people usually travelling back to their hometowns and spending time with family and friends.

Earlier on Friday, Suga called for a quiet New Year without the usual social gatherings to prevent the spread of COVID-19, which has been breaking infection records almost on a daily basis.

He also announced a package of $2.6bn for hospitals treating COVID-19 patients which have come under strain due to the rapid rise in cases across the northern island of Hokkaido as well as large cities like Tokyo and Osaka.

“I want you to spend a quiet New Year,” the premier told a news conference in Tokyo, with the government’s leading coronavirus expert Shigeru Omi also present.

“The infections aren’t coming down and if we keep going like this, we won’t be able to avoid further spread of the virus.”

Omi warned that it was critical that “all citizens move in the same direction” to get a grip on the health crisis.

“If we don’t bring infections down now, once they surge again after the New Year period it won’t be easy to change the downward trend,” he said.

“It would take time, and would probably be impossible to control over a period of weeks,” he said.

Omi said shared meals were a significant cause of infections and called on people to refrain from holding large gatherings and to limit meals to four people one regularly ate with, or fewer.

While Japan has avoided the huge infection numbers seen in other parts of the world, the number of new daily cases surpassed 3,000 for the first time this month.

Tokyo reported 884 infections on Friday, close to Thursday’s record of 888.

Japan, with a population of 126 million, has struck deals to buy 290 million vaccine doses from Pfizer Inc, AstraZeneca Plc and Moderna Inc – enough for 145 million people.

A health ministry panel said people aged 65 or older should get priority for vaccination against COVID-19, as well as front-line healthcare workers and people with underlying medical conditions.

It specified chronic heart disease, chronic respiratory disease and chronic kidney disease, among others, as underlying conditions that should determine priority.

The panel’s recommendations would mean 36 million elderly people and 8.2 million people with medical conditions would be the first to receive shots. 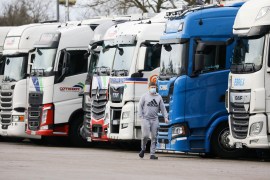 At least three new coronavirus strains have been detected in recent weeks, in the UK, South Africa and Nigeria. 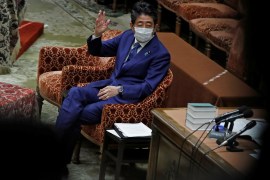 Ex-PM says he was unaware that his office had subsidised cherry blossom viewing parties for his supporters.