The family of American journalist Daniel Pearl, who was kidnapped and murdered in Pakistan in 2002, has expressed hope that the men involved in the crime will remain in jail, calling a provincial court’s decision to issue their release orders “a travesty of justice”.

Sheikh was given a death sentence while the three other men were handed life imprisonment.

In April this year, Sheikh’s sentence was modified to seven years in prison and the other three were acquitted.

The same court ordered their release on Thursday.

In a statement sent to Al Jazeera on Friday, Pearl’s family said the “murderers should remain in jail” before the appeal on the acquittal decision that is to be heard by the Supreme Court on January 5.

“We refuse to believe that the Pakistani government and the Pakistani people will let such a travesty of justice tarnish the image and legacy of Pakistan,” said Ruth and Judea, Pearl’s parents, in the statement.

“We have full confidence in the Supreme Court of Pakistan to provide justice for our beloved son and reinforce the paramount importance of the freedom of the press.”

The 38-year-old journalist from Encino, California, was abducted in Karachi in January 2002.

Sheikh was convicted of aiding the kidnapping after helping lure him to a meeting.

Thursday’s court order, seen by Al Jazeera, noted that “none of the petitioners are ‘enemy aliens’ … and as such their detention under this sub Article of the constitution is found to be illegal and without lawful authority”.

The court order added that all four will be placed on the Exit Control List – which would bar them from leaving the country – until the appeals have been decided by the Supreme Court.

The Pearl family’s lawyer, Faisal Siddiqi, told Al Jazeera on Friday that all four should remain in jail as the Thursday court order “said they should be released unless there is an order from the Supreme Court to keep them in jail and there is such an order”.

He said the Supreme Court of Pakistan is going to resume hearing on the appeals against the Sindh High Court’s acquittal on January 5 to determine whether the men were guilty of the charges and should be held in jail.

“Our position is that the acquittal judgement of the Sindh High Court [in April] is wrong as it is based on the assumption that Daniel’s body was never found, which is wrong. His body was found and he is buried in Los Angeles,” Siddiqi told Al Jazeera.

“We are confident that once the hearing resumes on January 5, the Supreme Court will serve justice to Daniel’s family.” 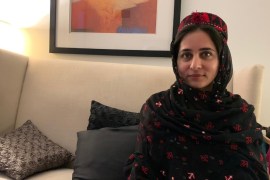 Karima Mehtab Baloch received several death threats before she went missing on Monday and was found dead a day later. 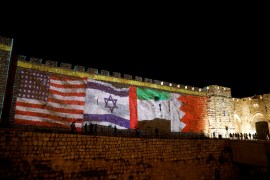 Israel says Pakistan not among states it may have ties with

Israeli minister says more countries lined up to normalise relations with Israel but ruled out Pakistan being one. 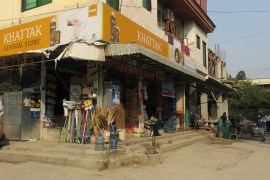