Panama’s health ministry has said more than 200 Cuban doctors arrived on Thursday morning to reinforce the Central American nation’s healthcare system and help in the battle against the COVID-19 pandemic.

“This morning 220 Cuban specialists arrived in our country to strengthen the health system in its fight against #COVID19,” the ministry said on Twitter.

Translation: This morning 220 Cuban specialists arrived in our country to strengthen the health system in its fight against #COVID19.

After a surge of coronavirus infections, Panama on Friday announced that it would reimpose nationwide restrictions requiring men and women to shop for the holidays on different days.

The restrictions are similar to those imposed during the height of the pandemic back in June, when infections and deaths hit record highs.

The government has also imposed a lockdown over the Christmas and New Year’s holidays.

Panama has seen a surge in COVID-19 cases after it began reopening its economy in September, leading to overstretched hospitals and healthcare staff shortages.

On Thursday, Panamanian health authorities reported 3,348 new cases of COVID-19 and 42 deaths linked to the virus, a daily record for both measures.

Panama has been hit hard by the pandemic – more than 220,000 people have been infected by the disease to date, and at least 3,600 people have died.

Governments that hire Cuban medical workers must ensure their fair and humane treatment – in stark contrast to the Castro regime, which traffics in, and exploits, the workers’ bravery for its own gains.

Panama said on December 15 that it wanted to hire doctors from Cuba, the United States, Mexico, Venezuela and Colombia to help tackle the pandemic, despite a law prohibiting foreign medical professionals from working in the country.

The announcement drew criticism from the US, a key ally.

“Governments that hire Cuban medical workers must ensure their fair and humane treatment – in stark contrast to the Castro regime, which traffics in, and exploits, the workers’ bravery for its own gains,” Michael Kozak, the US’s acting assistant secretary for Western Hemisphere Affairs, tweeted on Monday.

Translation: Contingent of Doctors Specialised in disasters and epidemics arrive in #Panama to collaborate with their Panamanian counterparts in confronting the COVID-19 pandemic.

The US has described Cuba’s practice of exporting its world-renowned healthcare workers as “white coat diplomacy”, and accuses the island nation of using the medics as a propaganda tool.

Panama is expected to receive the first batch of the Pfizer-BioNTech vaccine – approximately 450,000 doses – in the first quarter of 2021. The government has signed an agreement to buy three million vaccine doses from Pfizer-BioNTech. 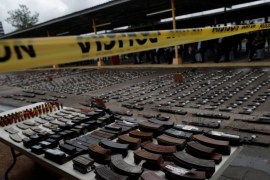 Four women and three men, ages 17 to 22, were among the victims of the shooting while several others escaped. 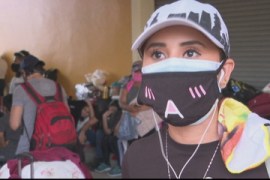 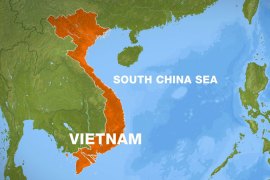 Cargo ship Xin Hong was transporting 7,800 tonnes of clay from Malaysia to Hong Kong when it encountered rough seas.