A provincial court in Pakistan has ordered the release of a British-born Pakistani man charged over the 2002 murder of American journalist Daniel Pearl.

Ahmed Omar Saeed Sheikh, the key suspect in Pearl’s killing, was acquitted of murder charges earlier this year but has been held while Pearl’s family appeals the acquittal.

On Thursday, the Sindh High Court’s release order overturns a decision by the same court with his lawyer, Mehmood Sheikh, calling for his client’s immediate release.

Sheikh was sentenced to death and three others were sentenced to life in prison for their role in the plot. But in April this year, all four were acquitted.

Thursday’s court order, seen by Al Jazeera, noted that “none of the petitioners are ‘enemy aliens’… and as such their detention under this sub Article of the constitution is found to be illegal and without lawful authority”.

The acquittal is now being appealed separately by both the government and Pearl’s family. The government has opposed Sheikh’s release, saying it would endanger the public.

The Supreme Court will resume its hearing on January 5.

“This detention order has been set aside which only means that they are free until their appeals are decided,” Faisal Siddiqi, the Pearl family’s lawyer, told Al Jazeera, before adding that Sheikh will be freed until the appeal is completed but will be returned to prison if the family is successful in overturning the acquittal.

All four were “detained in jail on a Sindh government detention order, not under the Supreme Court order, pending appeals”, he added.

“I don’t expect them to be released from jail. The Sindh government is appealing today’s order. Moreover, their Supreme Court appeals are fixed for January 5. If the appeals go through, they will go to jail permanently.”

The court order added that all four will be placed on the Exit Control List – which would bar them from leaving the country – until the appeals have been decided by the Supreme Court.

Sheikh was convicted of helping lure Pearl to a meeting in the southern Pakistani port city of Karachi, in which he was kidnapped.

Pearl had been investigating the link between Pakistani fighters and Richard C Reid, dubbed the “Shoe Bomber” after trying to blow up a flight from Paris to Miami with explosives hidden in his shoes.

A gruesome video of Pearl’s beheading was sent to the US consulate.

In Sheikh’s original trial, emails between Sheikh and Pearl presented in court showed Sheikh gained Pearl’s confidence sharing their experiences as both waited for the birth of their first child. 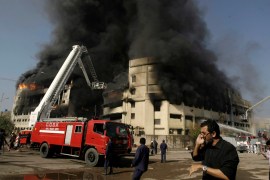 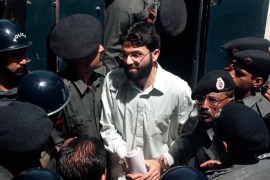 Omar Saeed Sheikh was sentenced to death for masterminding the killing of Wall Street Journal journalist in 2002.

Omar Saeed Sheikh and three alleged accomplices in killing of US journalist to remain in detention for three months.