At least 20 migrants and refugees died when their boat capsized off Tunisia’s coast as they tried to cross the Mediterranean to the Italian island of Lampedusa, Tunisian authorities said.

The Tunisian coastguard rescued five people and the search for more was continuing, National Guard spokesman Ali Ayari told Reuters news agency on Thursday, adding that the boat was overloaded and in poor condition.

About 45 people were on the boat when it sank, said Ayari.

“The boat sank about six miles (9.6km) from the coast of Sfax. Twenty bodies were recovered, five others were rescued, and all are from sub-Saharan Africa,” Ayari added.

The coastline near the Tunisian port city of Sfax has become a major departure point for people fleeing conflict and poverty in Africa and the Middle East and searching for a better life in Europe.

More than 620 people are feared to have drowned in the Mediterranean this year during the dangerous sea journey that has killed at least 20,000 since 2014, according to data gathered by the International Organization for Migration (IOM).

The United Nations calls it the deadliest migration route in the world.

About 17,000 people arrived in Italy and Malta this year by boat from Libya and Tunisia. 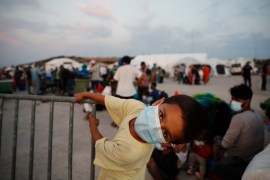 Q&A: ‘Complete disregard for migrants dying on the Mediterranean’

Rescue coordinator onboard the Ocean Viking shares his frustration with authorities’ lack of will on the Mediterranean. 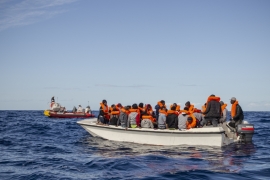 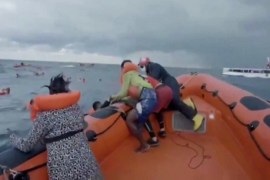