“Unfortunately, the Act fails to include critical national security measures, includes provisions that fail to respect our veterans and our military’s history, and contradicts efforts by my Administration to put America first in our national security and foreign policy actions,” Trump wrote in his veto message to the US House. “It is a ‘gift’ to China and Russia.”

Trump objects to language in the National Defense Authorization Act that would constrain his ability to withdraw US troops from Afghanistan, South Korea and Germany.

The president also opposes a provision that would require the Pentagon to change the names of military bases named for former Confederate soldiers who fought in the US Civil War.

“I have been clear in my opposition to politically motivated attempts like this to wash away history and to dishonor the immense progress our country has fought for in realizing our founding principles,” Trump wrote.

In addition, the president was unhappy that Congress did not repeal Section 230 of the Communications Decency Act of 1996, which shields social media companies from liability for content posted on their platforms by users.

“Your failure to terminate the very dangerous national security risk of Section 230 will make our intelligence virtually impossible to conduct without everyone knowing what we are doing at every step,” Trump wrote.

Trump has accused Twitter and Facebook of political bias for censoring right-wing groups and tagging some of his posts to show that the content is disputed.

Vetoing the bill now forces members of Congress to return to Washington in between the upcoming Christmas and New Year’s holidays in order to re-pass it.

“The President’s veto of the National Defense Authorization Act is an act of staggering recklessness that harms our troops, endangers our security and undermines the will of the bipartisan Congress,” House Speaker Nancy Pelosi said in a statement after Trump’s veto. Pelosi said the House would vote to override his veto on December 28.

Senate Majority Leader Mitch McConnell, who had advised against the veto, said he would call the Senate back to session on December 29 for that chamber’s veto override vote.

The Republican-led Senate voted 84 to 13 to approve the bill after it passed the Democratic-controlled House by a vote of 335 to 78 on December 8 – both margins greater than the two-thirds needed to override the presidential veto. While there may be some Republicans who voted for the bill the first time who will not vote to overturn Trump’s veto, it appears most members will support the legislation.

The annual bill provides pay rises for US military personnel. Most members of Congress will not want to be seen siding with Trump in taking away benefits from members of the US armed forces.

Although he been urged by congressional Republicans to pass the bill, Trump’s veto is not a surprise. Trump tweeted on December 17 that he would veto the bill.

White House press secretary Kayleigh McEnany told reporters at a news conference on December 15 that the president intended to veto the legislation.

The White House’s Office of Management and Budget had issued a statement on December 8 detailing the reasons why Trump would veto the bill.

Trump has previously issued eight vetoes of bills presented to him. In each case, Republicans in Congress have voted to sustain the vetoes. 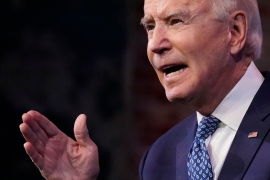 Biden blames Trump for ‘downplaying’ cyberattack on US government

US President-elect Joe Biden says the ‘assault’ on government computers will not ‘go unanswered’. 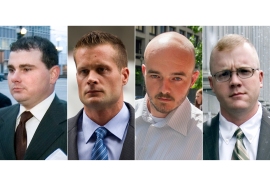 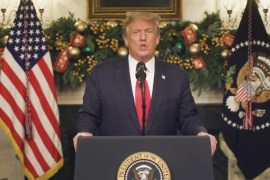