China successfully landed a spacecraft on the moon’s surface late on Tuesday in the first mission to retrieve lunar surface samples in 40 years, said the country’s National Space Administration.

The space agency said the probe had successfully landed on the near side of the moon and sent back images.

China launched its Chang’e-5 probe which is not manned from the southern province of Hainan on November 24. The mission, named after the mythical Chinese goddess of the moon, aims to collect lunar material to help scientists learn more about the moon’s origins and the solar system more generally.

Hua Chunying, a spokesperson for the Ministry of Foreign Affairs, tweeted that the landing was a “historic step” adding that it would also benefit “international cooperation and the peaceful use of space.”

The mission will attempt to collect two kilogrammes (4.4 pounds) of samples in an area that has yet to be explored on an enormous lava plain known as Oceanus Procellarum, or “Ocean of Storms” and if completed as planned, would make China the third nation to have retrieved lunar samples after the United States and Russia.

The lander vehicle is expected to start drilling into the ground with a robotic arm to collect the lunar material in about two days, according to state media.

The samples will then be lifted into orbit and transferred to a return capsule for the return to Earth, where it is expected to land on land in China’s Inner Mongolia region.

#Change5 just landed on the #moon. A historic step for China’s universe probe. And for international cooperation and peaceful use of space as well. #MoonLanding pic.twitter.com/5A2vOruKGl

We have a *new* lunar lander!

Here is a wee 🧵 of some maps I made of the landing site region, with major features labelled, starting at 1:300,000 scale (~160 km field of view): pic.twitter.com/hsDuEvSAuG

If the mission succeeds it will be the first time scientists have secured samples of lunar rocks since Russia (then the Soviet Union) brought material back in the 1970s.

China sent its first astronaut into space in 2003 and made its first lunar landing 10 years later.

In January last year, the Chang’e-4 probe touched down on the far side of the moon, the first space probe from any nation to do so and in July it launched a spacecraft to Mars to search for water. 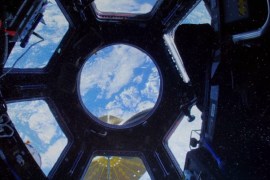 We follow a team of young women in the Kyrgyz Space Program as they work to launch the country’s first satellite. 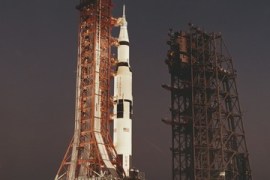 Fifty years later, there is a new generation of astronauts inspired by lessons learned from the Apollo 13 mission. 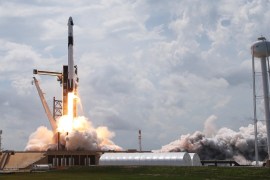 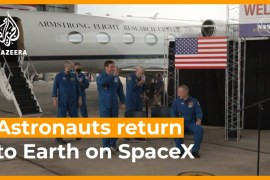