The US Food and Drug Administration (FDA) has decided to approve Moderna Inc’s coronavirus vaccine on an emergency basis, the Financial Times reported, citing people close to the process.

The report comes after the FDA said it informed Moderna that it would rapidly work towards the finalisation and issuance of emergency use authorisation (EUA) for its COVID-19 vaccine candidate, according to commissioner Stephen Hahn.

Earlier on Thursday, a panel of outside advisers to the FDA overwhelmingly endorsed Moderna Inc’s COVID-19 vaccine for emergency use.

The committee voted 20-0 with one abstention in favour of the vaccine, saying its benefits outweigh any potential risks in people aged 18 and older.

The decision comes one week after the same panel backed another COVID-19 vaccine from Pfizer and the company’s German partner, BioNTech, leading to an FDA emergency use authorisation a day later.

The FDA decision provides another ray of hope in a country that has lost more than 310,000 lives to the novel coronavirus, according to a Johns Hopkins University tally, and recorded more than 17.1 million infections.

The pandemic continues to spread rapidly across the US, with record infection numbers and hospitalisations threatening to overwhelm US healthcare facilities and pushing healthcare workers to their limits.

Dr James Hildreth, chief executive of Meharry Medical College, who voted to recommend the vaccine for emergency use, lauded efforts to develop the vaccines at the panel meeting on Thursday.

“To go from having a [genetic] sequence of a virus in January to having two vaccines available in December is a remarkable achievement,” Hildreth said.

The one abstention came from Dr Michael Kurilla, who works at the National Institutes of Health and said he felt a blanket authorisation for people aged 18 and older was too broad.

“I’m not convinced that for all of those age groups the benefits do actually outweigh the risk. And I would prefer to see it more targeted towards people at high risk of serious and life-threatening COVID disease,” Kurilla said.

The Moderna vaccine is set to begin distribution as soon as the FDA gives the green light.

Health and Human Services Secretary Alex Azar told CNBC on Thursday that 5.9 million doses have been allotted for states and large cities and were ready to ship nationwide.

The rollout of the vaccines, however, will take months in a nation where the virus is running rampant and public health measures such as social distancing and mask wearing are being rejected by large parts of the population.

US officials have said they expect to have 40 million doses of the Pfizer-BioNTech and Moderna vaccines by the end of the year – enough to inoculate 20 million people.

Both vaccines were about 95 percent effective at preventing illness in pivotal clinical trials with no serious safety issues.

Several states said they were told to expect far fewer doses of the Pfizer-BioNTech vaccine during its second week of distribution, prompting worries about potential delays in shots for healthcare workers and long-term care residents.

Senior Trump administration officials downplayed the risk of delays on Thursday, citing confusion about semantics, while Pfizer said its production levels have not changed.

Moderna’s vaccine does not require specialised refrigeration for transportation or storage, unlike the Pfizer-BioNTech vaccine, which must be kept at -70 Celsius (-94 Fahrenheit) and could make storage in rural, lower-income areas more difficult.

Meanwhile, concerns about developing nations’ ability to vaccinate their populations are growing.

The logistical challenges of the Pfizer-BioNTech vaccine are one reason, but rich countries “have hoarded enough doses to vaccinate their entire populations nearly three times over”, Amnesty International said in a recent report.

About 70 poor countries will only be able to vaccinate “one in 10” people, the group said. 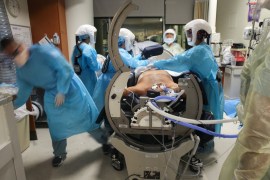 About five percent of the US population has contracted the virus, or close to 17 million people. 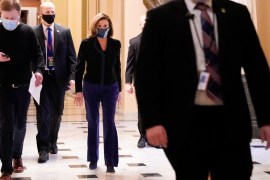 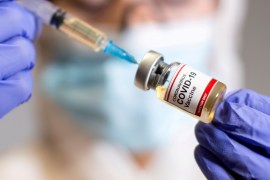