At least 39 Indian nationals on board two ships have been stranded in Chinese waters for several months now, India’s foreign ministry has said, adding that efforts are under way to bring them home.

Ministry spokesman Anurag Srivastava told a media briefing on Thursday that 23 Indian crew members were on board MV Jag Anand, which has been anchored near Jingtang port in China’s Hebei province since June 13.

He added that another 16 Indian nationals were on another vessel, MV Anastasia, anchored near China’s Caofeidian port since September 20, waiting for the discharge of its cargo.

Srivastava said the Indian government was in “regular touch” with China to ensure the humanitarian needs of the stranded Indian citizens were being taken care of.

But an expert said the workers could be stranded as part of Beijing’s “mild” retaliation amid continuing tensions between the two Asian giants.

“The current border standoff between the two countries could potentially be a factor as a mild form of retaliation … also the Indian ban of Chinese apps recently,” Srikanth Kondapalli, professor of Chinese Studies at New Delhi’s Jawaharlal Nehru University, told Al Jazeera.

Kondapalli said while there was nothing unusual about sailors being stranded due to various factors, “if such incidents increase, then we can say China is retaliating”.

The two nuclear-armed nations have remained locked in a military standoff in the Himalayan region of Ladakh for almost eight months now.

The standoff began with minor skirmishes between their armies in late April, but reached boiling point when 20 Indian soldiers were killed in a brutal hand-to-hand combat with Chinese troops in June. Beijing did not release the number of casualties on its side.

Since then, the two neighbours have deployed thousands of troops in the Himalayas along the loosely demarcated border called the Line of Actual Control (LAC).

Several rounds of talks between them, both at the military and diplomatic levels, have failed to end the standoff.

Last week, India’s Foreign Minister Subrahmanyam Jaishankar said bilateral relations between India and China were at the “most difficult phase” in decades.

During Thursday’s media briefing, the ministry’s spokesman Srivastava said further discussions with China would help them reach a “mutually acceptable solution” on complete disengagement at all friction points along the border.

“It is our expectation that further discussions will help both sides achieve an agreement on a mutually acceptable solution for ensuring complete disengagement in all friction points along the LAC … and full restoration of peace and tranquility as early as possible,” Srivastava said. 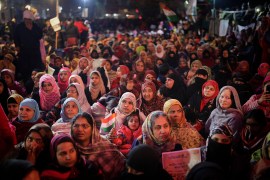 India in 2020: Defining images from each month 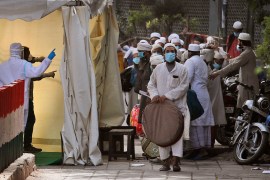 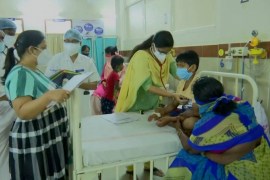 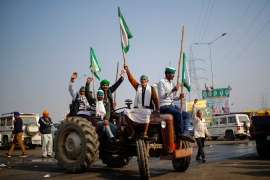 Court offers to set up panel to end three-week protest by tens of thousands of farmers demanding repeal of new laws.