United Nations Secretary-General Antonio Guterres has urged world leaders to ensure COVID-19 vaccines are made available and affordable for “all people” amid mounting concerns stocks could be hoovered up by wealthy nations at the expense of poorer ones.

Addressing Germany’s parliament on Friday in a speech to mark 75 years since the founding of the UN, Guterres stressed vaccines must be viewed as a “global public good”.

“They must be accessible and affordable everywhere for all people,” he said.

His comments came after reports earlier this week suggested the global scheme to deliver COVID-19 vaccines to poorer countries faces a “very high” risk of failure, potentially leaving nations home to billions of people with no access to inoculations until as late as 2024.

The COVAX programme co-led by the World Health Organization (WHO) is the main global scheme to vaccinate people in poor and middle-income countries around the world against COVID-19.

It aims to deliver 1.3 billion vaccine doses by the end of 2021 to cover 20 percent of the most vulnerable people in 92 poor and middle-income countries, mostly in Africa, Asia and Latin America, at a maximum cost of $3 a dose.

COVAX said on Friday it had gained access to nearly two billion doses, roughly doubling its supply, with the first deliveries expected in the first quarter of 2021.

But in internal documents reviewed by Reuters news agency, the scheme’s promoters say the programme is beset by a range of issues – including a lack of funds, supply risks and complex contractual arrangements – which could make it impossible to achieve its goals.

“The risk of a failure to establish a successful COVAX Facility is very high,” says an internal report to the board of Gavi, an alliance of governments, drug companies, charities and international organisations that arranges global vaccination campaigns. Gavi co-leads COVAX alongside the WHO.

The failure of the facility could leave people in poor nations without any access to COVID-19 vaccines until 2024, one of the documents says.

Rich countries have already booked most of the currently available vaccine stocks.

Guterres meanwhile went on in his address to praise the researchers from German biotechnology firm BioNTech who teamed up with US pharmaceutical giant Pfizer and beat rivals in the race to put the first thoroughly vetted vaccine on the market.

He expressed his “deep appreciation for the great contribution” made by the firm’s founders, Ugur Sahin and Ozlem Tureci, whose breakthrough vaccine has been granted regulatory approval in a growing number of countries.

He added the UN was committed to providing news and advice people can trust and working to build confidence in the vaccine “guided by science, grounded in facts” to combat what he called the “virus of misinformation”.

“Across the globe, we have seen how populist approaches that ignore science have misled the public,” Guterres said. “Coupled with false news and wild conspiracies, things have become manifestly worse.”

“I commend your early and decisive steps driven by science, local data and local action that suppressed transmission of the virus and saved lives,” he said.

Following his appearance in the German parliament, Guterres was scheduled to hold talks with Merkel and German President Frank-Walter Steinmeier. On Thursday, he met German Foreign Minister Heiko Maas.

The UN Charter, which established the New York-based international body, entered into force on October 24, 1945. Today, 193 countries belong to the organisation.

Germany is currently one of the 10 non-permanent members of the 15-state Security Council, the UN’s most important body.

The country’s two-year term as a Security Council member is due to end on December 31. 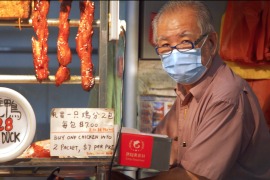 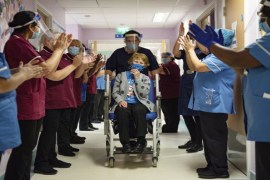 Are we seeing light at the end of the tunnel for coronavirus?

The UK became the first country in the world to approve the mass use of the Pfizer-BioNTech vaccine. 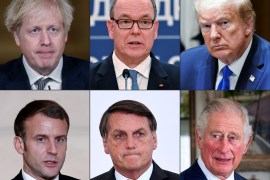