France is bracing for the verdict on 14 suspected accomplices of the gunmen who attacked Charlie Hebdo and a Jewish supermarket five years ago, leaving 17 people dead.

The Paris Palais de Justice is expected to deliver the verdict, following a three-month trial, on Wednesday afternoon.

The three days of attacks in Paris began on January 7, 2015, with the killing of 12 people at the offices of Charlie Hebdo, which had published derogatory cartoons of the Prophet Muhammad.

The assault at the weekly satirical magazine was followed by the shooting of a French policewoman on January 8, and an attack on the Hyper Cacher kosher supermarket, in the south of Paris, a day later.

The three attackers had links with al-Qaeda and ISIL (ISIS) and were shot dead by police in separate standoffs.

Prosecutors have demanded sentences of between five years and life for the alleged accomplices, three of whom are being tried in absentia.

Those on trial are accused of assisting the Kouachi brothers, who carried out the Charlie Hebdo attack, and the supermarket hostage-taker Amedy Coulibaly, who killed four men during the January 9 incident.

They are faced with charges including financing terrorism, membership of a terrorist organisation and supplying weapons to the attackers.

The main defendant is Ali Riza Polat, who is accused of playing a central role in preparing the attacks. He faces a possible life sentence if convicted.

But defence lawyers have slammed the prosecution’s case as thin on evidence and warned against making examples of the accused with “crazy” sentences to compensate for the fact that the attack’s perpetrators themselves cannot be tried.

The verdict was put on hold due to the COVID-19 pandemic and is set to be delivered against a backdrop of renewed attacks in France, including one stabbing assault at the former offices of Charlie Hebdo in September that wounded two people.

The magazine moved offices after the 2015 tragedy.

Meanwhile, President Emmanuel Macron has initiated a crackdown on what he calls “radical Islamism”.

Macron has promoted a draft bill to target what he calls “separatists” undermining the nation and challenging the French ideals of secularism.

However, rights groups have raised concerns over the proposed law, saying it would discriminate against French Muslims.

The French parliament is expected to open what is likely to be a lively debate on the controversial bill in the months ahead. 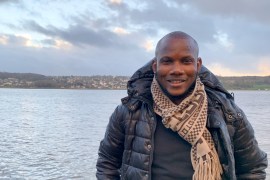 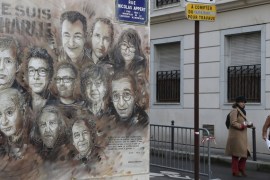 Move comes a day before 13 men and one woman – accused of assisting the 2015 attackers of the newspaper – go on trial. 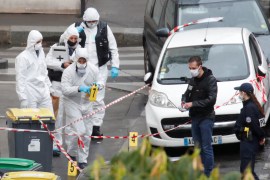 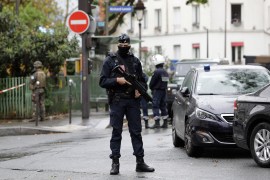 The 18-year-old suspect says he carried out the attack in anger over republished caricatures of the Prophet Muhammad.