Plougasnou, France – Nearly six years after saving customers’ lives during the deadly attack at the Hyper Cacher kosher supermarket in Paris, Lassana Bathily still refuses to call himself a hero.

On January 9, 2015, the then 24-year-old was working in the stockroom of the supermarket when a gunman stormed in.

“You people are the two things I hate most in this world,” the supermarket attacker, Amedy Coulibaly, told shoppers before taking them hostage. “You are Jewish and French.”

Bathily, a Muslim employee, quickly directed about 15 shoppers into the basement where he hid them in a cold-storage room during the four-hour siege.

In the attack, four people were killed, five including the gunman.

Bathily, who was born in Mali and came to France as an undocumented child migrant at 16, was immediately granted French citizenship and became employed by the Paris mayor’s office where he still works, in the Youth and Sport department.

He also regularly travels to schools across France to speak to students about the importance of interfaith dialogue.

Al Jazeera met Bathily in the small town of Plougasnou, in Brittany.

The talk came as France is reeling from two attacks – the killing of teacher Samuel Paty and the church attack in Nice – and as the country braced for the trial over the 2015 attacks, in which 14 people are accused of helping the attackers who carried out the violence that killed 17 people.

Bathily was one of the key witnesses.

Al Jazeera: The verdict is close. How do you feel about it?

Lassana Bathily: We are all just waiting for justice to be served.

It was definitely difficult for me to testify in front of the accused. But it was also really important to get out what I had to say. I asked the president of the court to let me talk about my background, my journey and how I got here.

Al Jazeera: Why have you shared your story?

Bathily: My journey hasn’t been easy. I came to France when I was only 16 years old without any working papers. Integration wasn’t easy for me at first. There were a lot of steps I had to take to advance and get to where I am today. I think it’s important to hear the whole story, so they truly know who I am and where I came from.

Al Jazeera: Are you still in touch with the other victims?

Bathily: Yes. Some I haven’t seen for five years because they’ve moved to Israel, but we’re still in touch on social media. For those of us in France, we’ve all been brought together again for this trial, which has made us even closer. There will always be a special bond between us. We’ve become a family.

Al Jazeera: There were news reports about your lawyer receiving death threats in recent weeks for her involvement in the trial. Could you tell us more about this?

Bathily: She started receiving threats from people who were attacking her for supporting Charlie Hebdo and defending the magazine’s caricatures of the Prophet Muhammad. The thing is, she’s not representing Charlie Hebdo in this trial. She’s representing me – she has nothing to do with Charlie Hebdo. I don’t understand it and the whole ordeal has certainly put me on my guard.

Al Jazeera: The killing of Samuel Paty has prompted a new debate about freedom of expression in France. Where do you stand in that debate?

Al Jazeera: Many Muslims say the magazine crosses the line of respect …

Bathily: They abuse [freedom of expression] a bit too much. I am not Charlie. I’ve always said that. But I condemn those who kill Charlie because the magazine chooses to use its freedom of expression. No one has a right to kill anyone for drawing caricatures of the Prophet Muhammad.

Al Jazeera: Yohan Cohen, your former co-worker and friend, was killed during the attack. You must be thinking about him a lot recently …

Bathily: He was more like a brother to me. He could sense my mood without me having to say anything. We liked the same music and often played some of our favourite rap artists while we would stock shelves. We would tease each other about supporting different football teams. I’m a Lyon supporter, he was a fan of Marseille. I’m still in touch with his dad, who lives in Israel but came back to France for the trial.

Al Jazeera: You’ve never accepted the title of ‘hero.’ Why is that?

Bathily: I’d call myself a good citizen. But I don’t like the word “hero”. I guess it’s my modesty. If people want to call me a hero, they can, but I don’t see myself as one. I’m just a good citizen who acted quickly in the moment.

Al Jazeera: People had pointed out that you and Amedy Coulibaly (the perpetrator of the attack on the Hyper Cacher supermarket) come from two villages in Mali that are fewer than 10 miles (16km) apart …

Al Jazeera: What would you want to say to her?

Bathily: I feel like she must be suffering. You know, when your child becomes a success story, everyone can share that and feel good about it. But if your child becomes an adult who does something terrible, it goes back to the family. Whether the family was for or against whatever their child did, it falls on them.

I want to know more about what Coulibaly’s relationship with his mother was like, because I think you can learn a lot about a person by understanding what their relationship is with his or her mother. 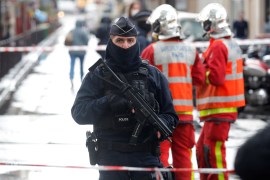 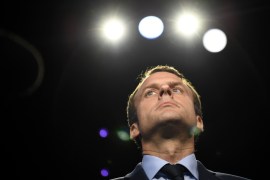 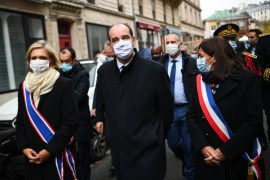 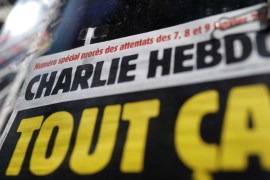