A fuel transport ship was attacked by an explosive-laden boat in Saudi Arabia on Monday, the kingdom’s Ministry of Energy said.

The Singapore-flagged oil tanker’s owner confirmed it was struck by a blast in the fuel terminal in Jeddah during a “terrorist” assault.

“The attack resulted in a small fire, which emergency units successfully extinguished. The incident did not result in any casualties, and there was no damage caused to the unloading facilities, nor any effect on supplies,” a ministry spokesman said, according to the state news agency SPA.

In a statement on Monday, shipping company Hafnia said all 22 sailors on board the BW Rhine escaped without injury. The company warned it was possible some oil leaked out from the site of the blast.

The ship’s crew put out the fire, the company said, adding parts of the ship’s hull had been damaged.

The blast struck off a crucial port and distribution centre for Saudi Arabia’s oil trade and comes after a number of security incidents concerning Saudi oil infrastructure.

On November 25, an explosion damaged a Greek-managed tanker while at berth in the Saudi port of Shuqaiq. The kingdom blamed Yemen’s Houthi rebels for the mine attack. The Houthis, who are fighting a Saudi-led coalition in Yemen, did not comment on the incident.

The rebel group, however, did claim a missile attack that struck a Saudi Aramco oil company distribution station in Jeddah on November 23.

Andreas Krieg, assistant professor at King’s College London, told Al Jazeera it was just the latest attack against crucial facilities in the “greatest exporter of oil in the world”.

“The Saudis have admitted it was an explosive-laden boat that was basically discharged against this oil tanker, which suggests it was a low-tech, low-skilled job, which is something the Houthis can do without external support,” said Krieg.

“The Jeddah port is obviously a high-security target so it is surprising the authorities have not had it under better control and made sure something like this cannot happen.”

Dryad Global said if the Houthis were behind Monday’s blast, it “would represent a fundamental shift in both targeting capabilities and intent”.

The Red Sea is a vital shipping lane for both cargo and global energy supplies, making any mining of the area a danger not only to Saudi Arabia but to the rest of the world. Mines can enter the water and then be carried away by the currents that change by the season in the Red Sea. 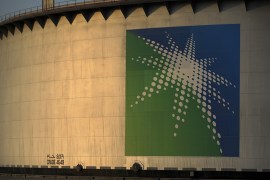 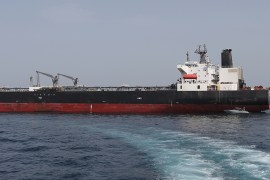 The tanker was heading towards the Aden port when it was targeted by four boats, Saudi-led coalition spokesman says. 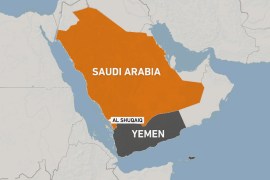