Regeni, 28, was murdered in February 2016 and his body was found on the outskirts of Egypt’s capital, bearing signs of extensive torture.

According to the Italian judicial sources, Egyptian security forces had searched Regeni’s apartment and threatened his roommate before he was kidnapped.

The authorities, under the supervision of Aser Kamal, an officer then responsible for monitoring foreigners in Egypt, instructed a man named Mohammed Abdullah to track Regeni.

The 25-second video recording, allegedly sent to Kamal, is the first evidence that confirms Regeni was targeted and monitored by Egyptian authorities.

“I just need someone to call me because of what I have with me,” Abdullah can be heard saying in the recording.

“The young man just left. I can turn it off or keep recording. Whatever you want me to do. I don’t understand what I should be doing next.”

The surveillance was carried out in Nasr City on the outskirts of capital Cairo, where the Italian researcher was found dead in a ditch, nine days after his disappearance.

The judicial sources confirmed that Abdullah made two calls to Kamal, more than two weeks before Regeni’s disappearance.

The Cambridge University student had been researching union activities among Egyptian street vendors for his doctoral thesis.

The head of the Italian Chamber of Deputies, Roberto Fico, said Italy still adheres to its position to sever diplomatic relations with Egypt, stressing that Italians were shocked by reports regarding the torture that Regeni was subjected to by the Egyptian security forces.

“The public prosecution in Rome will continue to investigate the case,” Fico told Al Jazeera on Friday, adding that the torture Regeni was subjected to was “astonishing”.

He said the Italian investigators concluded on Thursday that Egyptian officials followed him for 40 days before his kidnapping.

The prosecutors confirmed Regeni endured “acute physical suffering” through the use of red-hot objects, blades and batons. Testimony from one unidentified witness said the student was seen lying on the floor handcuffed in iron chains with signs of redness on his chest.

Ayman Nour, Egyptian politician and head of the al-Ghad party, said despite the evidence presented by the Italian side, the Egyptian authorities’ denial of any responsibility for the death of Regeni raised question marks over its accounts in the case.

Nour told Al Jazeera the fresh revelations in Regeni’s case might prompt other European countries to review their position on human rights in Egypt. 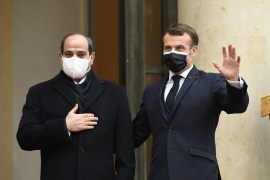 French leader rules out conditioning France’s deepening defence and trade ties with Egypt on the issue of rights. 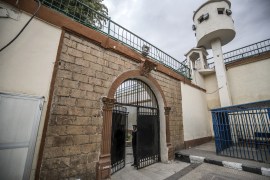