A United Nations human rights expert has called for an independent assessment on the conditions at Bhasan Char, the remote island in Bangladesh where more than a thousand Rohingya were taken earlier this month, as he condemned the world’s “failure” to take action to help the refugees return home to Myanmar.

The 1,642 Rohingya refugees were moved to Bhasan Char island before the UN could even determine whether or not the island was “suitable to safely host this vulnerable population”, said Tom Andrews, the special rapporteur on the situation of human rights in Myanmar.

“These verifications and assessments are in the best interest of all,” he said in a statement.

“They will assure the government of Bangladesh of the suitability of Bhasan Char to host refugees or identify changes that might be necessary. It will also assure that the government’s policy of strict voluntary relocation to Bhasan Char is, indeed, being faithfully carried out.”

The Rohingya refugees sailed from Bangladesh’s southern port of Chittagong to Bhasan Char in the Bay of Bengal on December 4, despite opposition from humanitarian groups to the move.

They were among more than 730,000 Rohingya who fled Myanmar in 2017 following a military-led crackdown that the UN has said was executed with genocidal intent. Myanmar has denied the genocide claim and said its forces were targeting Rohingya rebels who attacked police posts.

Bangladesh said that it decided to relocate the Rohingya to Bhasan Char to ease chronic overcrowding in camps that are home to more than a million people – those who fled in 2017 as well as others who escaped earlier outbreaks of violence.

Refugees and humanitarian workers, however, said that some of the refugees were coerced into going to the flood-prone island, which emerged from the sea 20 years ago.

The rapporteur’s comments came as the US Department of State reiterated the need for “independent access” to Bhasan Char, and raised concerns about the island’s vulnerability to extreme weather conditions.

“Independent access to Bhasan Char will help to confirm whether refugees were relocated voluntarily and remain there voluntarily, and suitability of the site to withstand cyclones and seasonal flooding,” Principal Deputy Spokesman Cale Brown said in a statement.

Andrews said that further action by Bangladesh to relocate the refugees should be contingent on the outcome of the proposed UN assessment, adding that those who do relocate should do so “of their own free will” and that their safety should be a priority.

Andrews said that the Bangladesh government “has been extraordinarily generous and compassionate” in providing safe have to the Rohingya, but the failure to create conditions for their return to Myanmar after three years had created an “untenable situation”.

He said ultimately the blame should be on Myanmar, which has “the moral and legal responsibility” to end the crisis.

“Make no mistake: the Rohingya crisis emanated from Myanmar and can only be solved in Myanmar,” Andrew stressed.

“After being forced to literally run for their lives over the border into Bangladesh, the Rohingya want, and deserve, to return home.”

The US State Department also urged the Myanmar government to “create the conditions” for the Rohingya refugees’ “voluntary, safe, and dignified return”. The US has contributed $1.2bn to the UN since the crisis began three years ago, it said. 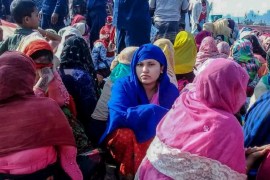 Rights groups oppose Bangladesh move to relocate thousands of Rohingya refugees to a flood-prone island off its coast. 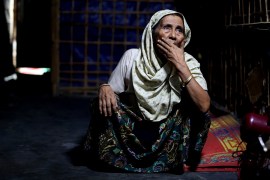 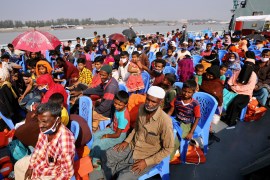 Humanitarian workers say some of the refugees had been coerced into going to Bhashan Char, a flood-prone island.