The United Nations-backed Special Tribunal for Lebanon on Friday sentenced Hezbollah operative Salim Ayache to five concurrent life sentences in absentia for the 2005 assassination of former Prime Minister Rafik Hariri and 21 others.

Hariri’s 2005 assassination in a massive car bomb blast rocked Lebanon, leading to huge protests and international pressure that resulted in the eventual withdrawal of Syrian troops from the country, 30 years after they entered during Lebanon’s civil war.

Hariri had been working to reduce Syria’s influence in Lebanese politics at the time of his killing on Valentine’s Day.

Ayache has never been apprehended and is thought to be under the protection of Hezbollah, whose leader Hasan Nasrallah has described him and three other Hezbollah members who stood trial for the crime – but were not found guilty – as “honourable men of the resistance”.

The STL issued a warrant for Ayache’s arrest in 2011.

“Those who are shielding him from justice should surrender him to the special tribunal,” Trial Chamber Judge David Re said in his closing remarks.

The STL called on Lebanon to establish a fund to compensate survivors and the families of victims of the assassination.

Prime Minister-designate Saad Hariri, Rafik’s son, had not commented on the verdict hours after it was announced.

Saad Hariri has participated in three coalition governments with Hezbollah in the past and is currently seeking to form his fourth government, which is set to include ministers selected by the party.

Nadim Houri, the director of the Arab Reform Initiative, told Al Jazeera that the verdict issued more than 15 years after the crime took place had “become a non-event” due to the length of the process and the absence of any of the accused at the trial.

Adding to the subdued atmosphere, Friday’s verdict was read out to an empty trial chamber, with representatives of the victims and the prosecution and defence teams joining via video-link due to the difficulty of travel amid the COVID-19 pandemic.

“Justice in absentia never feels like real justice because the victims don’t get their day to confront the perpetrators – and in this case, it seems no one is particularly interested in finding them,” Houri said.

This means the five life sentences “will likely remain ink on paper – very expensive ink on paper”, he said.

The STL is a hybrid Lebanese-international court with its headquarters on the outskirts of The Hague in the Netherlands.

The trial has cost nearly $1bn since it began in 2009. Lebanon paid 49 percent of the cost, the rest was paid by other nations.

If Ayache was ever arrested and handed over to authorities, the trial would have to be recommenced from the beginning.

The STL’s verdict was announced the day after Lebanon’s outgoing Prime Minister Hassan Diab and three former ministers were charged with criminal negligence over the August 4 Beirut port explosion that killed about 200 people and destroyed large parts of the city.

The explosion, caused by nearly 3,000 tonnes of explosive material left at the port for seven years, has been viewed as an indictment of Lebanon’s corrupt political class, many of whom have been in power for decades.

The officials charged on Thursday have denied any responsibility and have indicated they would not comply with the investigation.

“This shows that the fundamental issue in Lebanon today is still ending impunity. Lebanon has tried the international route and that felt a bit hollow, and now you have the national route for the blast,” Houri said.

“Hopefully this will be more successful.” 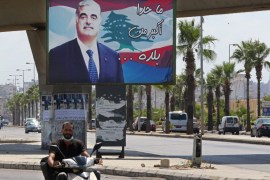 Has justice been served in the assassination of Rafik Hariri? 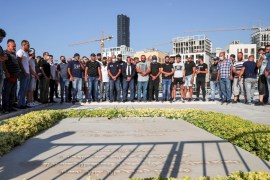 More than 15 years after Hariri was killed along with 21 others in a suicide bomb blast, verdict finally comes out. 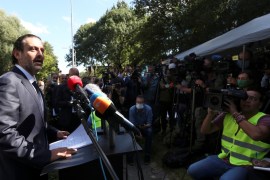 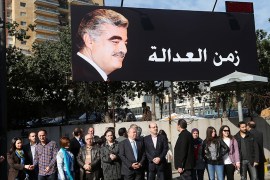 Ruling in politicised trial on the killing of former PM Rafik Hariri and 21 others will pile pressure on Hezbollah.