New Delhi, India – India has made “impressive gains” in its fight against malaria, as the number of cases and deaths caused by the mosquito-borne disease has seen a marked drop in the country, according to the World Health Organization (WHO).

The number of malaria cases in India has dropped from nearly 20 million in 2000 to just 5.6 million in 2019, the WHO said in its latest World Malaria Report on Monday.

“India continued to make impressive gains, with reductions in cases and deaths of 18 percent and 20 percent, respectively, over the last two years,” it said.

“India’s progress against malaria stands out as a success story and is responsible for driving tremendous progress in the Southeast Asia region,” Dr Sanjeev Singh Gaikwad, India director of Malaria No More, told Al Jazeera.

In the last three years ... progress has been remarkable with 21-percent reduction in malaria cases in 2019 over 2018... the largest drop in cases region-wide.

Dr Sandra Albert, director of the Indian Institute of Public Health (IIPH) based in the northeastern city of Shillong, told Al Jazeera: “Malaria cases have come down enormously and is limited to some hilly parts now. Most of the districts have been able to reduce it (malaria) to almost nil.”

“While, nearly a billion population of India live in malaria-endemic areas, around 80 percent of malaria cases are reported by just 20 percent of the population living in the forest-fringe, tribal and foothills hard-to-reach areas of the country. The people in these places have low awareness of disease prevention and access to health care,” he told Al Jazeera.

The WHO said that progress in eliminating malaria globally has stalled in recent years.

The global tally of malaria cases was 229 million, an annual estimate that has remained virtually unchanged over the last four years, the report said.

However, at least 21 countries have eliminated malaria in the last two decades and, of these, 10 were officially certified as malaria-free by the UN health agency.

Since 2018, India has been part of the High Burden High Impact (HBHI) initiative, which includes 10 African nations as well as India, launched by the WHO and other global partners, to fight malaria. These 11 nations account for approximately 70 percent of the world’s malaria cases.

HBHI is helping these countries reduce their malaria burden through the help of a four-part strategy, which includes galvanising political will nationally and globally to reduce malaria deaths.

Over the last two years, HBHI countries have been moving away from a “one-size-fits-all” approach to malaria control – opting, instead, for tailored responses based on local data and intelligence, the report said.

India’s Prime Minister Narendra Modi in 2015 pledged that the country would eradicate the vector-borne disease by 2030.

In February 2016, India’s then-Minister of Health Prakash Nadda, while launching the National Framework for Malaria Elimination (2016-2030), said 70 percent of malaria cases and 69 percent of malaria deaths among Southeast Asian countries occur in India.

In the last few years, India’s measures against the mosquito-borne disease have yielded significant results. 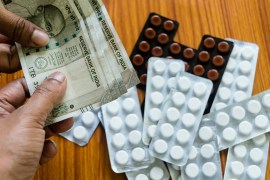 India, one of the largest producers of HCQ now used in coronavirus treatment, is exporting the drug to many countries. 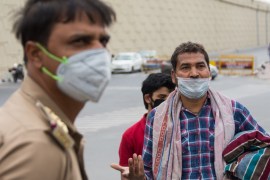 Plan to use malaria drug in Mumbai slums temporarily shelved

Mumbai has struggled to contain the spread of the coronavirus, and has more than 3,000 cases. 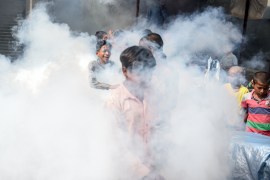