Venezuelan President Nicolas Maduro said on Sunday that he would work to resume “decent, sincere” political dialogue with the United States, a country with which his government maintains tense relations, once Joe Biden assumes the presidency in January.

“In time … we will work, hopefully, to resume decent, sincere, direct channels of dialogue between the future government of Joe Biden” and Venezuela, the leftist leader said in a televised speech.

Maduro had said on Saturday that he was open to “dialogue” after congratulating Biden on his victory. Opposition leader Juan Guaido, who has declared himself the Latin American country’s interim leader, also congratulated the US president-elect.

The target of US sanctions aiming to force him from power, Maduro broke off diplomatic relations with Washington in January 2019, after President Donald Trump’s administration – along with around 60 other countries – recognised Guaido as Venezuela’s president.

“Donald Trump left a minefield between the government of the United States and Venezuela … he left a swamp. I know, we know,” Maduro said, adding he hoped Biden’s administration would end US “interventionism” in Latin America.

Washington has led international pressure to force the socialist leader from power and was one of the first countries to back Guaido’s January 2019 claim to be Venezuela’s acting president, after Maduro’s May 2018 re-election was deemed fraudulent.

The US imposed financial sanctions on Venezuela, including an oil embargo that has been in force since April 2019.

It has also accused Maduro of drug trafficking and offered a $15m reward for information that would lead to his arrest.

Despite the pressure, Maduro remains in power, backed by the Venezuelan military as well as key allies Cuba, Russia, China, Turkey and Iran.

Biden is slated to replace Trump and officially become the 46th US president on January 20, 2021. 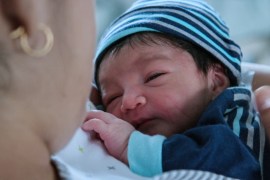 Leaving Venezuela: Building a Life Across the Border

Venezuela’s economic crisis pushes two families with expectant mothers to cross the border into Colombia to give birth. 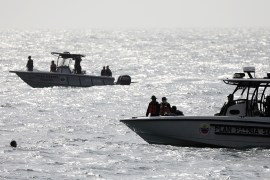 Was the US involved in a coup attempt in Venezuela?

Washington says it had no direct involvement even as the detained United States suspects appear to claim otherwise. 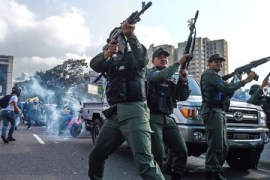 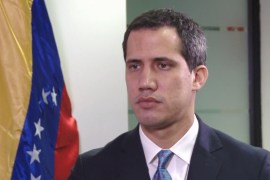 Venezuela’s opposition leader discusses the worsening political crisis, sanctions and the future of his country.