An international observer mission to the US elections has criticised President Donald Trump’s allegations of election rigging, saying he undermined trust in democracy.

The mission of the Organization for Security and Co-operation in Europe (OSCE), which monitors elections throughout Western nations and the former Soviet Union, said there was no evidence of election fraud in Tuesday’s vote which was “competitive and well managed”, despite challenges caused by the COVID-19 pandemic.

“Baseless allegations of systematic deficiencies, notably by the incumbent president, including on election night, harm public trust in democratic institutions,” Michael Georg Link, who led the mission, said in a statement.

In a preliminary report, the mission warned that statements by Trump during the campaign “were perceived by many as increasing the potential for politically-motivated violence after the elections”.

“Such statements by an incumbent president weaken public confidence in state institutions,” the report added.

The mission also called for the counting of all votes after the Trump campaign said it had sued to stop the process in the crucial states of Michigan and Pennsylvania.

“The enormous effort made by election workers, supported by many engaged citizens, ensured that voters could cast their votes despite legal and technical challenges,” Urszula Gacek, head of ODIHR’s (OSCE Office for Democratic Institutions and Human Rights) election observation mission said.

“But this election is not over, and we remain here in DC and in key states around the country until it is. It is vital that every properly cast ballot is properly counted.”

The organisation also highlighted concerns over campaign finance. According to the report, the total expenditure is estimated to reach $14bn for these elections.

The OSCE sent 102 observers from 39 countries to observe the development of the elections. They also highlighted concerns about campaign financing and a polarised media landscape but noted freedom of expression was respected ahead of the elections. 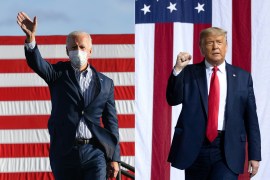 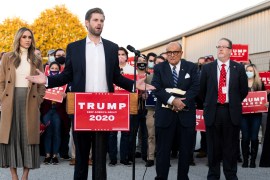 ‘I’m going to fight like hell to protect the vote of every Pennsylvanian.’ 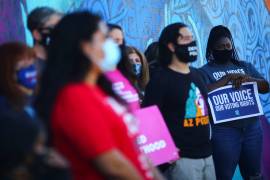 Arizona has not picked a Democrat for president since 1996, when voters in the state helped re-elect Bill Clinton.