Jakup Krasniqi, a veteran Kosovo politician and former spokesman for the Kosovo Liberation Army, has been arrested and transferred to The Hague, the Kosovo war crimes tribunal said in a statement.

Krasniqi, the former speaker of parliament, will face charges of war crimes and crimes against humanity, the Kosovo Specialist Chamber added. It did not give details about the indictment against him.

The arrest came after heavily armed police from the European Union Rule-of-Law Mission (EULEX) in Kosovo raided Krasniqi’s home on the outskirts of the capital, Pristina.

The Specialist Chamber was set up in The Hague in 2015 to handle cases of alleged crimes by Kosovo Liberation Army (KLA) guerrillas during the war between 1998 and 1999 that eventually led to Kosovo’s independence from Serbia 10 years later.

The Hague-based court is governed by Kosovo law, but is staffed by international judges and prosecutors.

In late June, Kosovo’s President Hashim Thaci was among nine people indicted for war crimes and crimes against humanity by the tribunal. He was questioned over his role in the 1990s conflict by prosecutors in The Hague for the first time a month later.

The war, which came to an end after NATO-led air raids, left more than 10,000 dead and 1,641 people remain unaccounted for.

Serbia does not recognise Kosovo’s 2008 declaration of independence. Serbia and Kosovo have been engaged in negotiations brokered with the European Union since 2011 in an attempt to normalise relations and open the door for EU membership. 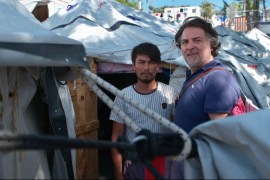 A personal look at the refugee crisis through the eyes of a journalist who fled war-torn Kosovo as a boy 30 years ago. 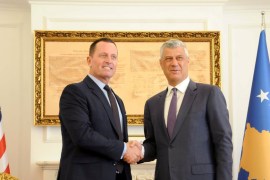 Trump, the EU and the Kosovo conundrum

The US and EU’s contradictory policies on Kosovo could undermine the stability of the Western Balkans. 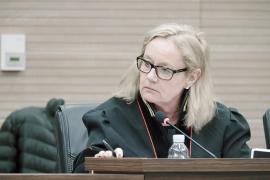 Patriotic Highway: A Tale of Justice and Corruption in Kosovo

A Swedish judge in Kosovo takes on EULEX’s largest corruption case and fights to keep politics out of her courtroom. 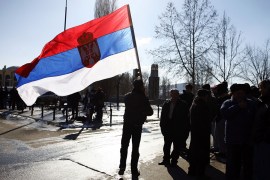 In 2008, Al Jazeera went to Pristina to take the pulse of a newly-independent but politically fragile state.