A wave of support from Hispanic voters gave President Donald Trump a narrow victory in Florida on Tuesday night, boosting his chances of re-election.

Trump, who won the state in 2016, outperformed his 2016 margins with Florida’s Hispanic voters, who made up 19 percent of all the state’s voters. A lot of the swing came in Miami-Dade, the county that contains Florida’s largest Cuban and Venezuelan communities, many of whom are strongly anti-left wing.

Trump and his allies have frequently painted opponent Joe Biden, a moderate Democrat, as either a socialist himself or in hock to the “radical left”. Some Miami voters told the Reuters news agency this struck home.

Trump also ate into Latinos’ support for Democrats in Texas, results showed. It was still unclear how this will affect the overall race for the presidency, which may not be called for days.

Nationally, Trump got a higher proportion of support from non-white voters, when compared with 2016, according to Edison Research exit polls, offsetting a decline in support among white people compared with his successful race against Hillary Clinton.

The jump among Latinos comes despite Trump’s harsh stance on immigration, and his administration’s treatment of asylum-seekers – a hallmark of his presidency.

“The Latino surge is real, and it is happening across the country,” tweeted White House spokeswoman Kayleigh McEnany on Tuesday night.

Biden can still win the election with victories in other states. If he loses, some of the blame can be laid on his failure to engage with Latino voters, said Jaime Regalado, a political science professor at California State University in Los Angeles.

“He just wasn’t there,” Regalado said. “He didn’t spend a lot of time courting Latinos until the final two weeks of the campaign. It could turn out to be a huge mistake.”

The Biden campaign had no comment on Tuesday night, but the campaign has in past weeks and months disputed criticism from some Democrats that it was not sufficiently focused on this demographic.

Unofficial results on Tuesday night showed Trump was winning about 47 percent of the Hispanic vote in Florida, increasing his vote share in the county over 2016 by about 12 percentage points.

Texas’s Starr County, which is 99 percent Latino, had an even more dramatic shift – in 2016, fewer than 19 percent of the votes went to Trump; this year he won nearly half of the vote.

While out celebrating Trump’s victory at Versailles, a popular hangout in Little Havana on Tuesday night, Jose Cuevas, the 62-year-old owner of a manufacturing company that makes cabinets, said he arrived in the United States in 1968 as Cubans escaped communism.

“We had everything taken away from us. We were adopted by the United States with open arms,” said Cuevas.

“We came here for opportunity, not handouts. I firmly believe it’s that welfare mentality that Democrats sell to create their base and that goes against Cubans completely.”

Biden, a three-decade senator who voted for free trade agreements and calls himself a capitalist, beat Bernie Sanders, a democratic socialist senator from Vermont, in the Democratic Party’s nominating contest with promises of more moderate policies.

Nonetheless, Trump’s efforts to cast Democrats as socialist may have been crucial in Florida, said Sergio Garcia-Rios, a professor of Government and Latino studies at Cornell University. “That mobilised a lot of Cuban Americans,” he said.

“People want safety and security in their communities. They want freedom and liberty. They don’t want to go backwards,” said Gruters. “They want to live in a capitalist society where anybody has the chance to move up and do well for themselves.”

Democratic Latino activists complained Biden was ignoring Hispanic voters, and in the weeks leading up to the election opinion polls in key states suggested Biden was underperforming with Latinos.

The Biden campaign opted to focus on Puerto Ricans in Florida because the former community has grown since Hurricane Maria in 2017, one person briefed on the campaign strategy said. 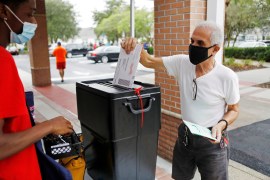 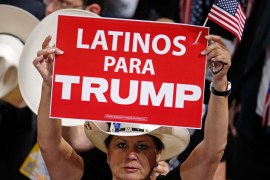 What will a second Trump presidency, or a Joe Biden win, mean to the Latino community? 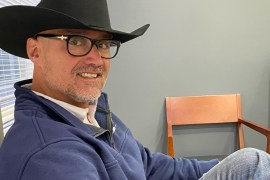 ‘They may stay home’: Chuck Rocha on 2020 Latino voter outreach