As newly reported cases of the coronavirus continued to spike across much of the United States, breaking records for hospitalisations, some local leaders are moving to enact more stringent restrictions.

US officials had pleaded with Americans to avoid travel and limit social gatherings as the nation entered its winter holiday season.

But many appear to have disregarded those pleas over the long Thanksgiving weekend as the Transportation Security Administration screened nearly 1.2 million airline passengers on Sunday, the highest since mid-March.

That number is still about 60 percent lower than the comparable day last year when 2.88 million passengers were screened, the highest ever recorded by the agency.

Health officials say they are now preparing for a wave of cases over the next two or three weeks that could be linked to holiday gatherings.

“There almost certainly is going to be an uptick because of what has happened with the travel,” Dr Anthony Fauci, one of the nation’s top infectious diseases experts, told ABC’s This Week programme on Sunday.

More than 13 million people have contracted COVID-19 in the US, and at least 267,000 have died, according to a John Hopkins University tally. The number of new COVID-19 cases reported in the US topped 200,000 for the first time on Friday. The highest previous daily count was 196,000 on November 20, according to the Hopkins data.

Hospitalisations are at a pandemic high and deaths the most in six months.

The US is averaging 162,000 new cases a day over the past week, and a record 93,000 people have been hospitalised with the virus.

The virus has had such an effect on American lives that the word “pandemic” was declared on Monday as the Word of the Year by both Merriam-Webster and Dictionary.com.

The two dictionaries said the word was a top search on their internet pages. Dictionary.com called it “a consequential word for a consequential year” and said the pandemic itself has reshaped the way people use daily language.

It continues to change daily life as well.

More than 20 states have issued new or revamped restrictions on businesses, schools and social life as cases grow.

Counties across California have enacted stricter restrictions to take effect on Monday after the state broke a record with more than 7,400 coronavirus hospitalisations.

Los Angeles County is the nation’s most populous and imposed new rules calling for its 10 million residents to stay home “as much as possible”.

San Francisco and San Mateo counties moved to the most restrictive purple tier in the state’s pandemic blueprint for the economy. That tier forces most indoor activities to close and places residents under curfew starting from Monday night.

Also in Northern California, Santa Clara County – home to Silicon Valley – banned all high school, collegiate and professional sports, and imposed a quarantine for people travelling to the region from areas more than 150 miles (241 kilometres) away.

But in New York City, Mayor Bill de Blasio reversed course on Sunday, announcing that public schools would start to reopen for in-class instruction five days a week for students who want to attend full time. Previously, students were offered a mix of online and in-person instruction.

The schools in the country’s largest system were closed less than two weeks ago after the citywide rate of coronavirus tests coming back positive exceeded a 3 percent benchmark agreed to by the mayor and the teachers’ union.

De Blasio said schools would begin to reopen for in-person learning on December 7, starting with elementary schools for students whose parents agree to a weekly testing regimen for the novel coronavirus. 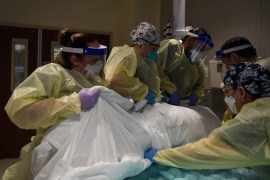 More than 90,000 COVID-19 patients are in hospitals across the United States, which continues to see rising infections. 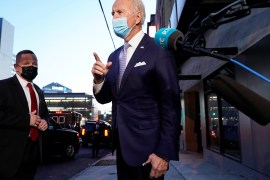 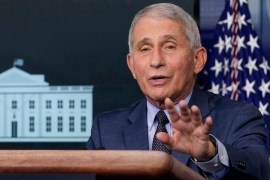 The top infectious disease expert in the United States says he expects a spike following the Thanksgiving holiday.