Governments face another “critical moment for action” as coronavirus cases surge in parts of Europe and North Africa, Tedros Adhanom Ghebreyesus, the director-general of the World Health Organization (WHO), said in his latest briefing on the pandemic.

Germany, France, Italy and the United Kingdom are among countries in Europe turning, once again, to lockdowns to try and get the disease under control, while the health crisis in the United States is also deepening.

In a briefing on Monday night, Ghebreyesus said leaders needed to “step up” while people had to “come together” to tackle the virus.

“We all have a role to play in suppressing transmission and we have seen across the world that it’s possible,” the WHO chief said.

“In some countries, we’re seeing cases go up exponentially and hospitals reach capacity, which poses a risk to patients and health workers alike.

“We need countries to again invest in the basics so that measures can be lifted safely and governments can hopefully avoid having to take these measures again.”

Ghebreyesus, who is himself in quarantine after a contact tested positive for COVID-19, stressed a “whole-of-government, whole-of-society approach” was necessary and urged governments to learn from each other to better tackle the outbreak.

“Public health is more than medicine and science and it is bigger than any individual,” he said.

There has been resistance to some coronavirus mitigation measures, such as mask-wearing in some countries, particularly the United States, where President Donald Trump has sought to downplay the risk from the virus, but the renewed lockdowns in Europe have also triggered protests among people concerned about economic hardship.

The WHO said Ghebreyesus, who said on Monday he was symptom-free and feeling well, had not been tested for the virus. He will continue to work from home. 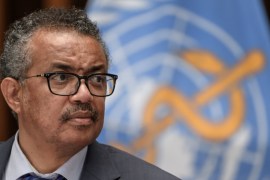 Tedros warns that herd immunity is a ‘scientifically and ethically problematic’ strategy for a pandemic. 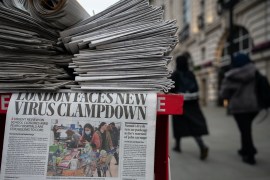 The news media can, and should, help hinder the spread of coronavirus misinformation by taking a few simple steps. 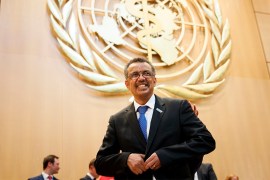 Tedros: The face of the global response to coronavirus pandemic

Who is the Ethiopian diplomat at the heart of the world’s battle to stop the spread of the new coronavirus?