Top US infectious disease expert Dr Anthony Fauci, a member of President Donald Trump’s coronavirus task force, has warned that residents should brace for a “surge upon a surge” of infections following the Thanksgiving holiday.

Fauci, speaking shortly after the US holiday, which saw the highest rate of travel in the US since the first major outbreak, said on Sunday, “There almost certainly is going to be an uptick because of what has happened with the travel.”

Speaking on CNN, he added: “We may see a surge upon a surge” in two or three weeks. “We don’t want to frighten people, but that’s the reality.”

The US has seen a new surge in infections and hospitalisations as the cold months set in. On Friday, new daily cases surpassed 200,000 for the first time during the outbreak. To date, more than 13.2 million COVID-19 infections have been confirmed in the US, with at least 266,000 deaths.

Admiral Brett Giroir, who oversees US coronavirus testing, also told CNN on Sunday that “hospitalisations are peaking right now at about 95,000” in the US.

“About 20 percent of all people in the hospital have COVID, so this is a really dangerous time,” he said.

Vaccine ‘light at the end of the tunnel’

The health officials’ comments came as US news media reported that the first shipments of Pfizer and BioNTech’s coronavirus vaccine – one of the first to claim high effectiveness, along with a Moderna product – had arrived in the US from a Pfizer lab in Belgium.

The company is using charter flights to pre-position vaccine for quick distribution once it receives US approval, which is expected as early as December 10, the Wall Street Journal reported.

Giroir said of the positive vaccine outlook: “the light is at the end of the tunnel.”

Still, Senate Minority Leader Chuck Schumer on Sunday warned that $30 billion in federal funds was needed to distribute the vaccine.

Schumer, a Democrat, said that New York state alone would need “hundreds of millions” for distribution and education work around the distribution of the vaccine.

“This should be a moment of clarity for everyone,” Schumer told reporters in a brief press conference as legislators continue to negotiate the next coronavirus relief bill. “This is a huge crisis and we need big relief.”

The recent surge of cases and hospitalisations has prompted a slate of new restrictions in states across the US.

However, on Sunday, the mayor of New York City abruptly changed policy and announced that public elementary schools would reopen.

The New York City school system, the largest in the country, was one of the first to reopen in September after an initial lockdown. On November 18, Mayor Bill de Blasio ordered schools shut as cases again began to rise, prompting criticism because the number of cases in the school system remained extremely low.

De Blasio said the city would abandon its three percent test positivity threshold – the standard it has used to justify closing schools.

De Blasio, who has been criticised for closing schools while allowing restaurants and bars to remain open, said middle and high schools would remain closed. 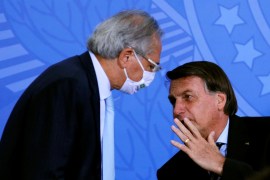 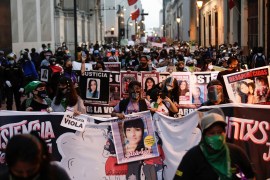 Many women continue to feel trapped with their abusers as lockdowns resume in some countries around the world. 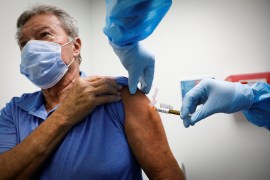 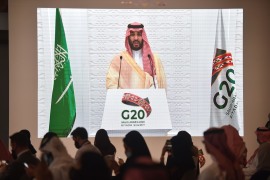